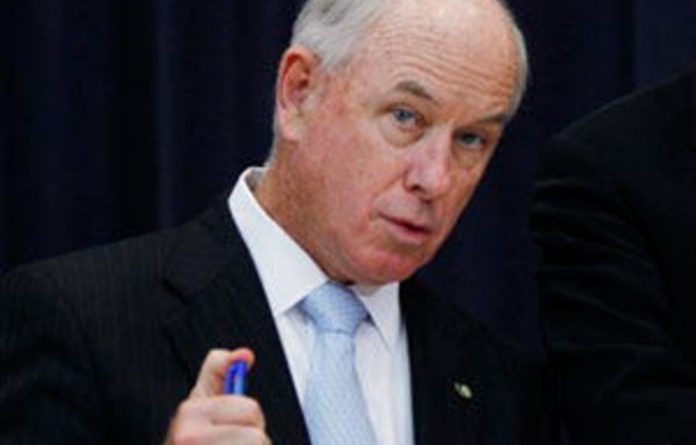 Chief State Department spokesperson PJ Crowley quit on Sunday after causing a stir by describing the US military’s treatment of the suspected WikiLeaks leaker as “ridiculous” and “stupid”, pointed words that forced President Barack Obama to defend the detention as appropriate.

“Given the impact of my remarks, for which I take full responsibility, I have submitted my resignation” to Secretary of State Hillary Rodham Clinton, according to a department statement attributed to the office of the spokesperson. In a separate statement released simultaneously, Clinton said she had accepted the resignation “with regret”.

Crowley’s comments about the conditions for Private First Class Bradley Manning at a Marine Corps brig in Quantico, Virginia, reverberated quickly, from the small audience in Massachusetts where Crowley spoke, to a White House news conference on Friday where Obama was asked to weigh in on the treatment of the 23-year-old believed responsible for the largest leak of classified American documents.

Manning is being held in solitary confinement for all but an hour every day, and is stripped naked each night and given a suicide-proof smock to wear to bed. His lawyer calls the treatment degrading. Amnesty International says the treatment may violate Manning’s human rights.

Crowley, who retired as a colonel from the Air Force in 1999 after 26 years in the military, was quoted as telling students at a Massachusetts Institute of Technology seminar on Thursday that he didn’t understand why the military was handling Manning’s detention that way, and calling it “ridiculous, counterproductive and stupid”. Crowley also said “Manning is in the right place” in military detention.

A day later, Obama was asked about Crowley’s remarks at a news conference. He replied that he had asked the Pentagon whether the confinement conditions were appropriate and whether they met basic standards. “They assure me that they are,” the president said. He declined to elaborate when pressed on whether he disagreed with Crowley’s assessment.

Crowley’s resignation statement said that his comments about Bradley’s pre-trial detention “were intended to highlight the broader, even strategic impact of discreet actions undertaken by national security agencies every day and their impact on our global standing and leadership. The exercise of power in today’s challenging times and relentless media environment must be prudent and consistent with our laws and values”.

In her statement, Clinton said Crowley (59) who was a spokesperson for the National Security Council in president Bill Clinton’s White House, “has served our nation with distinction for more than three decades, in uniform and as a civilian”. She said his service was “motivated by a deep devotion to public policy and public diplomacy”.

Early push
Although Clinton had warm words upon Crowley’s departure, he never got along with the secretary’s inner circle. He was well-liked by the press corps, but his often unusually blunt remarks from the State Department podium got him into trouble and he had not travelled with Clinton on overseas trips in more than a year.

His departure had been expected in the coming months, but officials said the fact that the president was asked about his comments on Manning led the White House to push for him to go sooner. The officials spoke on condition of anonymity to discuss a personnel decision.

Crowley will be replaced as assistant secretary of state for public affairs by Mike Hammer, a foreign service officer who recently finished a stint as the NSC spokesperson at the White House and was serving as Crowley’s deputy. The department is expected to look for a new full-time spokesperson to serve as the face of US diplomacy, the officials said.

“Mike Hammer will do a great job as my successor at State,” Crowley wrote on Sunday afternoon on Twitter.

Fine line
The WikiLeaks case has put the State Department in a difficult position with numerous allies and other countries because of the candid and often unflattering assessments of world leaders contained in the leaked diplomatic cables. Crowley and his staff had walked a fine line in trying to answer questions about the documents while not being in a position to confirm the existence or the accuracy of the classified material.

The release of the cables was denounced by US officials, who said it put countless lives at risk by revealing the identities of people working secretly with the US. While thousands of the cables have been released, the bulk of those downloaded have not been made public.

Manning was charged in July with mishandling and leaking classified data and putting national security at risk in connection with the release of a military video of an attack on unarmed men in Iraq.

In early March, the army filed 22 new charges, including aiding the enemy, a crime that can bring the death penalty or life in prison.

The charges involve the suspected distribution by the military analyst of more than 250 000 confidential State Department cables as well as a raft of Iraq and Afghanistan war logs. Thousands of the documents have been published on the website of the anti-secrecy group.

Although aiding the enemy is a capital offence under the Uniform Code of Military Justice, army prosecutors have notified the Manning defence team that it will not recommend the death penalty to the two-star general who is in charge of proceeding with legal action.

Trial proceedings against Manning have been on hold since July, pending the results of a medical inquiry into Manning’s mental capacity and responsibility. – Sapa-AP