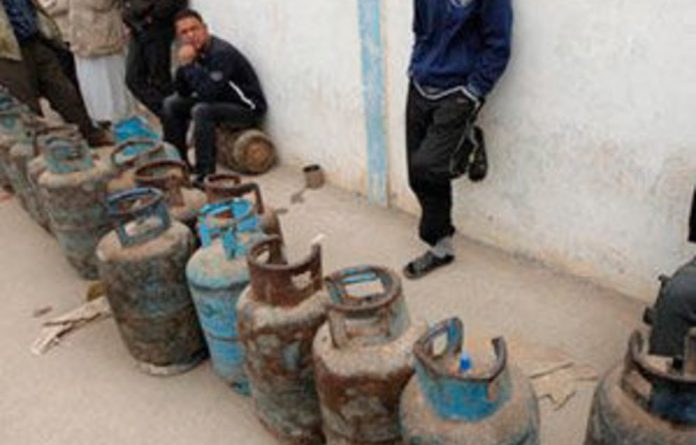 France was stepping up efforts on Monday to persuade world powers to impose a no-fly zone over Libya, as Muammar Gaddafi’s troops battled rebel fighters for control of the strategic oil town of Brega.

France said on Sunday it would consult other powers “in the coming hours” to try to set up such a zone to assure the protection of civilians “in the face of the terrible violence suffered by the Libyan population”.

It said the Arab League’s weekend call on the United Nations to impose such a zone showed the world’s concern for Libyan civilians.

Arab support satisfies one of three conditions set by Nato for it to police Libyan air space. The others were proof that its help was needed, and a UN Security Council resolution.

On the ground, government troops advancing east took Brega early on Sunday in what looked like an increasingly confident drive towards the rebel stronghold of Benghazi.

However, the rebels, inspired by the overthrow of the Tunisian and Egyptian presidents to try to end Gaddafi’s four-decade rule, said they had re-taken Brega on Sunday night. There was no way of verifying the rival claims.

The government, whose forces had previously captured Ras Lanuf, another oil town 100km west of Brega, said earlier it was certain of victory and threatened to “bury” the rebels, whom it linked to al-Qaeda and “foreign security services”.

Gaddafi himself met the Russian, Chinese and Indian ambassadors and urged their countries to invest in Libya’s oil sector, badly disrupted by the uprising and the flight of tens of thousands of expatriates oil workers.

Libyan oil exports have been badly disrupted by the fighting, lack of staff, international sanctions and the refusal of international banks to fund trade deals. Some experts say it may take a year for output to recover to its previous level of about 1,6-million barrels per day.

Crude prices fall
International crude prices fell by about $1 a barrel on Gaddafi regaining territory over the weekend.

At the United Nations, a diplomat told Reuters the Security Council would hold consultations on a no-fly zone on Monday.

Russia and China, diplomats said, would have difficulty vetoing authorisation for a no-fly when the Arab League had requested it.

Envoys said Moscow and Beijing might prefer to abstain when the issue came to a vote.

France hosts a Group of Eight foreign ministers’ meeting on Monday and said they would discuss the violence in Libya.

The Libyan government said it would welcome an African Union panel to try to help resolve the crisis, but condemned the Arab League call for a no-fly zone, describing it as “a dangerous act for Arab security that only serves the Zionist enemy”.

Time, however, is short for ill-equipped rebels facing far superior firepower, including warplanes and helicopters.

“There’s no uprising any more,” said rebel Nabeel Tijouri, his heavy machinegun destroyed in the fighting. “The other day we were in Ras Lanuf, then Brega, the day after tomorrow they will be in Benghazi.”

Brega is 220km south of the rebel stronghold of Benghazi and Ajdabiyah is the only sizeable town between them.

The flat desert terrain means the government’s aircraft and tanks outweigh the rebels’ enthusiasm and light weaponry, except in towns where the odds against the rebels are reduced.

State television carried a confident official message. “We are certain of our victory, whatever the price,” it said.

“Those acts of division will be buried together with those who committed them, who are linked to foreign security services and the terrorist organisation al Qaeda,” it said.

“Tonight it [Brega] is back in the hands of the revolutionaries, but they will probably come back tomorrow with big machines, bomb it and take it back again,” Gheriani said. “This is a war of resolve and the resolve of his (Gaddafi’s) people is breaking down.”

Rashid Khalikov, the UN humanitarian coordinator for Libya, said in an interview he wanted unimpeded access:

“The situation is changing from one day to another,” he said. “The main concern is to find out what’s going on, which we don’t know…The civilian population is suffering a lot.”

The Libyan conflict has escalated from a popular uprising similar to protests that toppled the leaders of Tunisia and Egypt and have shaken other countries in the region. It is now more akin to a civil war.

Protests in the capital had stopped.

Fresh from crushing the revolt in Zawiyah, west of Tripoli, elite government troops and tanks turned to Misrata, Libya’s third biggest city with 300 000 people and the only pocket of rebel resistance outside the east.

Rebels said a mutiny among government troops stalled their advance on Sunday for a second day, but this was impossible to confirm independently. – Reuters