Abbas pledges to talk unity with Hamas in Gaza 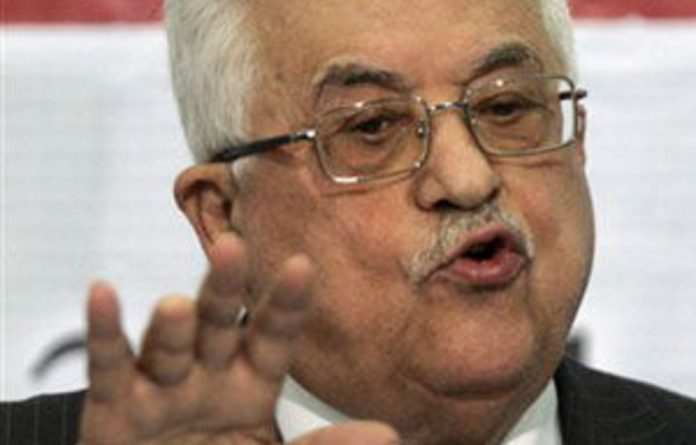 Palestinian leader Mahmoud Abbas said on Wednesday he was ready to delay forming a new government in order to go to Gaza and broker a unity deal with the Islamist Hamas movement.

In a speech to members of the PLO Central Council, Abbas, who is leader of the secular Fatah movement, said he was ready to go to Gaza “tomorrow” for talks with the enclave’s rulers about ending the bitter split that has poisoned relations within the Palestinian national movement.

“I am ready to go to Gaza tomorrow to end the division and form a government of independent national figures to start preparing for presidential, legislative and [Palestinian] National Council elections within six months,” he said.

Abbas called on Hamas prime minister Ismail Haniya to make arrangements for the visit, which he said would happen “in the next few days” so that the two could “turn the page on this black and shameful division”.

The Palestinian leader’s remarks, which came a day after Haniya invited him to Gaza for “immediate” talks to end the division, were welcomed by the Islamists.

The exchange between the leaders of the rival movements came a day after tens of thousands of Palestinians had taken to the streets of Gaza and the West Bank to demand that the two factions end their long-running rivalry.

As thousands packed into downtown Gaza in an unprecedented show of popular protest, Haniya held an emergency Cabinet meeting after which he made a televised appeal to Abbas.

“I invite the president, brother Abu Mazen [Abbas], and Fatah to an immediate meeting here in Gaza or in any location which we agree upon, to start national dialogue in order to achieve reconciliation,” he said.

Elections
Abbas, who like Haniya expressed support for the protesters’ call for unity, urged that Hamas “not waste this historical opportunity to end the division, and to stand united against threats that severely damage our cause”.

The Palestinian leader had on Tuesday reiterated his call for national elections as a way to end the split.

“I am with the people and in favour of going back to the people to put an end to the divisions through presidential and parliamentary elections,” he said.

Until now, Hamas has rejected such appeals, saying it would not participate without first securing some form of reconciliation with the Fatah-dominated Palestinian Authority, which rules the West Bank.

Prime minister Salam Fayyad is currently trying to form a new government ahead of a fresh round of presidential, parliamentary and municipal elections that officials want to hold by September at the latest.

In Wednesday’s speech, Abbas reiterated his position that he would not be standing for president in the upcoming elections.

“I said it repeatedly and I say it again — I will not nominate myself” to run, he said.

Hamas and Fatah have been at loggerheads since the early 1990s, but tensions between the two groups boiled over in 2007, when the enmity erupted into bloodshed that saw the Islamists kicking their secular rivals out of Gaza.

Since then, the Hamas-ruled Gaza Strip has been effectively cut off from the West Bank, which is under the control of Abbas’s Fatah party.

Repeated attempts at reconciliation between the groups have led nowhere, and the collapse of the Egyptian regime of Hosni Mubarak, which played a key role in reconciliation efforts, has created new uncertainty. — AFP