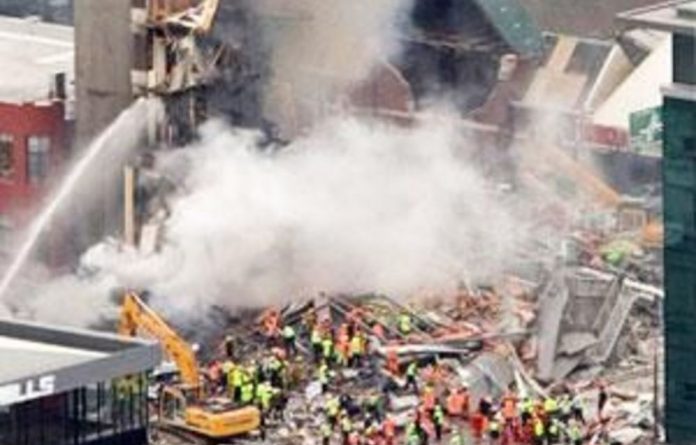 “It is with sincere regret that I have to announce that the stakeholders have agreed today that all the 2011 Rugby World Cup games scheduled to be played through Christchurch are to be moved,” he told reporters.

International Rugby Board (IRB) officials met New Zealand government ministers late on Wednesday to decide whether World Cup matches will be played in the quake-hit city.

IRB chairperson Bernard Lapasset and chief executive Mike Miller met a government delegation, including McCully and Earthquake Recovery Minister Gerry Brownlee in Christchurch to determine whether the matches would go ahead.

Christchurch’s AMI Stadium, which was due to host five matches and two quarterfinals in the September to October tournament, sustained serious damage to structures and to its playing field in the February 22 earthquake.

The South Island city also suffered massive damage to roads and other infrastructure. Two of its largest hotels are marked for demolition because of earthquake damage.

Christchurch fundraiser
Meanwhile, the All Blacks will play an extra match this year ahead of the Tri-Nations, with the funds raised going towards the rebuilding of Christchurch.

“We are yet to confirm the opposition and venue for the match but we are talking to a number of parties and we hope to have all details confirmed by the end of the month,” he said.

All Blacks coach Graham Henry added: “It’s great if we can also use the opportunity to raise funds for the people of Christchurch.”

The official death toll stands at 166, but police expect the figure to rise to more than 200. — Sapa-AFP-AP