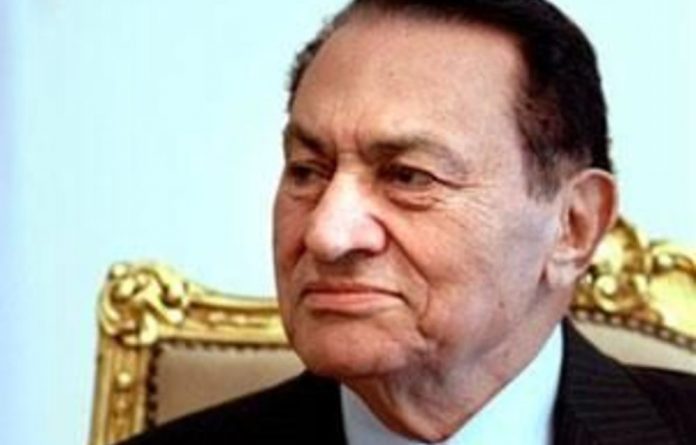 Egyptians will vote on proposed constitutional changes on Saturday in the first election in decades in which they have not known the result in advance.

But the changes have divided the reform movement which ousted Hosni Mubarak from power last month.

On one side, major opposition parties, civil society activists and three presidential candidates advocate rejecting the proposals, saying they do not meet the revolution’s demands.

They stand against the two main groups who have experience in rallying support quickly — the Muslim Brotherhood and remnants of Mubarak’s National Democratic Party (NDP), who say rewriting the constitution from scratch would take too long.

The poll is a confusing first democratic experiment for many Egyptians who may have never read the constitution before.

‘An insult to the revolution’
While the amendments would limit presidents to two four-year terms and ensure judicial oversight of elections, critics say they would do nothing to curb sweeping executive powers that were the backbone of Mubarak’s autocratic system.

“Revolutions topple constitutions. This insistence on holding a constitutional referendum on a fallen document is like a doctor insisting on implanting organs into a corpse,” said Zakaria Abdel Aziz, former head of the influential judges’ club.

The changes would open up the race for the post that Mubarak held for 30 years. But opposition activists say accepting what they view as cosmetic alterations to the 1971 constitution implies granting it legitimacy, dishonouring the 18-day uprising that forced Mubarak to step down and hand over to the military.

Amr Moussa, who is resigning as secretary-general of the Arab League to join the presidential race as front-runner, said he too would vote against the proposed amendments.

Process of change
About 40-million Egyptians are eligible to vote on Saturday in the first poll in decades that is unlikely to be rigged. But analysts say the referendum has been rushed and is tainted with concerns on the openness of the constitutional drafting process.

A closed committee drafted the changes in 10 days. These were offered to the public for discussion for only three weeks, and until now have not been published in their final form for citizens to read before they are put to a vote.

In the proposals, the next Parliament would form a committee to rewrite the constitution entirely.

Pro-democracy activists fear that hasty elections would favour the Brotherhood and the NDP, producing a Parliament that still does not represent most Egyptians.

“How can a Parliament that does not reflect the people’s goals and their aspirations be charged with rewriting a constitution to govern relations between state and society and Egypt’s political life for decades to come?” asked Amr Hamzawy, an analyst and reformist, at a panel discussion this week.

Manipulation
Youth activists have called for a march against the changes on Friday, the eve of the referendum.

One online social networking group, which gathered more than 20 000 members in four days, said it rejected “attempts to rid the revolution of its legitimacy by using an old constitution, even if this was for a transitional period”.

Legal experts and opposition figures say that without a new constitution and the abolition of restrictions on the formation of political parties, Egypt may find itself once again with a president who has absolute powers and a pliant Parliament.

The country’s military rulers have sketched out a tight six-month timetable to hold the referendum, elections for the upper and lower houses of Parliament, a presidential vote and then another referendum for the new constitution.

Activists say this accelerated programme could allow those who manipulated the old system to do so again.

“Our revolution has not succeeded yet and this risks sucking it of all its achievements,” said Abdel Aziz, one of the judges who led a 2005 movement demanding judicial independence.

Parties divided
Decades of autocratic rule have left Egypt’s opposition fractured and toothless. Now political parties are scrambling to state their position on the referendum.

Formally recognised secular opposition parties have put aside their squabbles to call for a new constitution. The leftist Tagammu Party, Ghad Party, Arab Democratic Nasserist Party, Democratic Front Party and Wafd all intend to vote no.

“The proposed amendments don’t limit presidential powers and that is something we highly fear,” Wafd’s Deputy Head Yassin Tageldin said. “We don’t want another Mubarak to rule us.”

But they stand against the NDP, smaller opposition parties said by critics to be NDP fronts, and the Brotherhood, who have the experience to mobilise supporters for an early election.

The Brotherhood says it would take too long to draw up a new constitution. Mubarak’s former party, long used to winning by landslides, also says the changes will secure stability and bring about constitutional legitimacy.

For many Egyptians who long for normalcy and who fear that a “no vote” vote may prolong military rule, it will be a tough call.

Nevertheless, they will have the novelty of real choice.

“For the first time in our lives, we will experience democracy and our voices will have value. Do not let anyone determine your position,” one Facebook group posted. “Egypt has to change. That will start when we decide for ourselves.” — Reuters

A decade to achieve Vision 2030