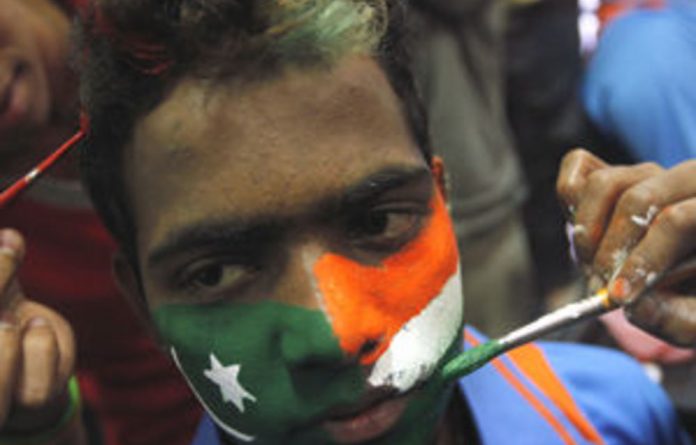 South Africa have advanced to the World Cup quarterfinals with just one forgivable hiccup against England, allowing them to spend the next five days basking in the sort of certainty that has been missing from many of their previous campaigns.

But some of South Africa’s sense of wellbeing will be eroded when they try to decode the complicated system by which the quarterfinal draw will be decided. Coach Corrie van Zyl says he is taking the World Cup one game at a time, but even he will find his equilibrium disturbed by only finding out on Sunday whether the team will be staying in Bangladesh to play on Wednesday or whether they will be going to the differing conditions of Ahmedabad or Colombo?

South Africa are guaranteed to finish first or second in Group B if they beat Bangladesh on Saturday, but what is causing the delay in finalising the quarterfinal draw is a tournament rule that says India will play all their knockout matches in India, irrespective of their opponents. Sri Lanka will play in Sri Lanka unless they play India and Bangladesh will play in Bangladesh unless they are playing either Sri Lanka or India.

So that extends to the semi-finals too and, although the International Cricket Council has denied any knowledge of it, clandestine contingency plans appear to be being made for the final as well.

The final is scheduled for Mumbai on April 2, but the television crews are preparing for Kolkata as a late replacement for the west coast city. Pakistan’s strong start to the tournament — they are also assured of a quarterfinal place — is what has thrown a spanner in the works.

The problem is Shiv Sena — a far right Indian political party that believes in Hindu nationalism. Or, to put it more plainly, that India should only belong to Hindus and Maharashtra, the state which Mumbai is in, should only be for Maratis. A Shiv Sena spokesman, Manohar Joshi, warned that Pakistan might not be welcome in Mumbai.

Prejudices
“You all know Sena chief Bal Thackeray’s views. If the Pakistan team reaches the final in Mumbai, whether to allow them to play, he will decide,” Joshi told The Hindu newspaper. Thackeray has not been afraid to tackle a few sacred cows over his prejudices, either. Sachin Tendulkar is one Indian who is considered beyond reproach in his own country, but when the great batsman said Mumbai was for all Indians Thackeray attacked him in the local media.

“Mumbai belongs to India. That is how I look at it. And I am a Maharashtrian and I am extremely proud of that, but I am an Indian first,” Tendulkar said 18 months ago. “By making these remarks, you have got run-out on the pitch of Marathi psyche. You were not even born when the ‘Marathi Manoos’ got Mumbai and 105 Marathi people sacrificed their lives to get Mumbai,” Thackeray responded.

Actor Shah Rukh Khan is another Indian demi-god, but he drew the ire of Shiv Sena when he said he wanted Pakistan players in his Kolkata Knight Riders IPL team. South Africa, if they get that far, will be quite happy to exchange Mumbai for Kolkata for the World Cup final.

“I think traditionally Eden Gardens has one of the biggest crowds, whether it is a game against India or any other big game. All of us have good memories of playing here in previous years. “We have seen exciting games. It is one of the big stadiums in the world and you want to experience playing here, like Lord’s, or like the MCG,” captain Graeme Smith said.

The Eden Gardens pitch certainly seemed to suit their attack when they brushed aside Ireland there earlier this week, but South Africa have shown in this World Cup that they can chop and change their bowling options to suit most conditions. “We’ve had to adapt all the time because the surfaces have been so different in the various venues in India. We’ve had to adapt on the day quite a lot as well. We’ll have to do it again in the knockout rounds, but I think we’re quite adept at it,” Smith said.

“I’d like us to be able to bowl well in the first 10 to 15 overs and also take wickets in the middle overs, and I think we’ve shown that we have those options.”