Mother of a battle for Cape Town 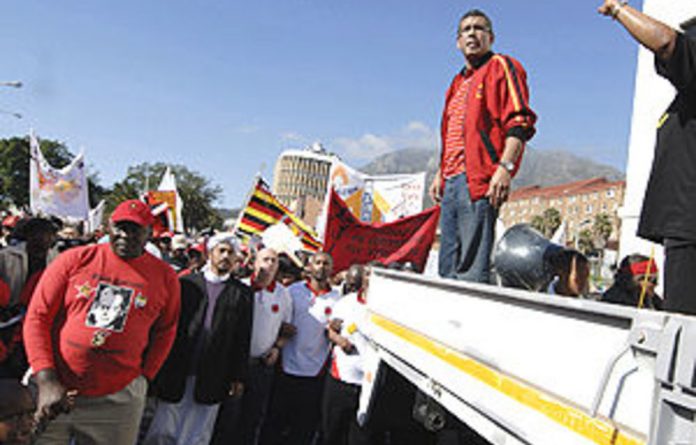 The battle for control of the City of Cape Town will be an unusually even playing field if the ANC pits Western Cape Cosatu leader Tony Ehrenreich against the Democratic Alliance’s mayoral candidate, Patricia de Lille.

Political observers believe the ANC will not be able to mount a credible campaign against the DA, which has both incumbency and organisational capacity on its side. But Ehrenreich could tip the scales in its favour.

Ehrenreich is popular with the coloured community and an independent thinker. But therein lies the problem for the ANC, which this week was still dilly-dallying over its mayoral candidate. Three months before the 2009 national election Ehrenreich announced that Western Cape voters were disillusioned with the ANC. His Facebook page also says he believes in the political views of the “ANC of Mandela”, suggesting he will not be uncritical of the ANC’s leadership.

The DA should have an easier time with De Lille. Although she, like Ehrenreich, has been more comfortable with leading than with following party lines, her implosion during the 2009 election pushed the Independent Democrats, and De Lille’s political survival, into the arms of the DA and it seems that with time has come humility.

“I heard about her volatility anecdotally and about her autocratic style. But since she’s been with us, I’ve never witnessed any sign of that,” a member of the DA’s leadership told the Mail & Guardian.

Credentials
De Lille is used to driving a BMW and lives in Pinelands, a relatively well-to-do suburb in Cape Town, but she has broad appeal. Ehrenreich perhaps has better grassroots credentials — his house is in the coloured township near Parow and he drives a Volkswagen Jetta. Both cut their political teeth in the trade union movement, De Lille in the now defunct National Council of Trade Unions and Ehrenreich in Cosatu, as Western Cape secretary for 12 years.

“This election will be about people that you know and trust,” an ANC campaigner said. The 60-year-old De Lille gives the DA a different face, but incumbency also has a downside. The DA’s mistakes provide handy cannon fodder for the ANC.

Although no ANC leader will say so publicly, the DA’s handling of the Makhaza open-toilets saga and the eviction of Hangberg residents will be a feature of every ANC election speech. The DA’s priorities in upgrading the City of Cape Town will also be questioned. “The DA exposed their real priorities by building a bicycle lane [up the West Coast] and providing a bus service to the airport, instead of making real changes to the public-transport crisis we have,” an ANC campaigner told the M&G. But the DA will have its own “I told you so” arsenal.

Racist comments by government spokesperson Jimmy Manyi and proposed changes to the labour laws which are widely predicted to cause job losses among coloureds have been own goals for the ANC. Those headlines already double as DA posters in some poor communities. The ANC plans to counter this with a conference about race at the end of March, where Labour Minister Mildred Oliphant will explain that the proposed legislation had unintended consequences that will be rectified.

The duel between De Lille and Ehrenreich — if he gets the nod from the ANC — will be a fight between equals. And it will make the Battle for Cape Town a highlight of the May municipal election.