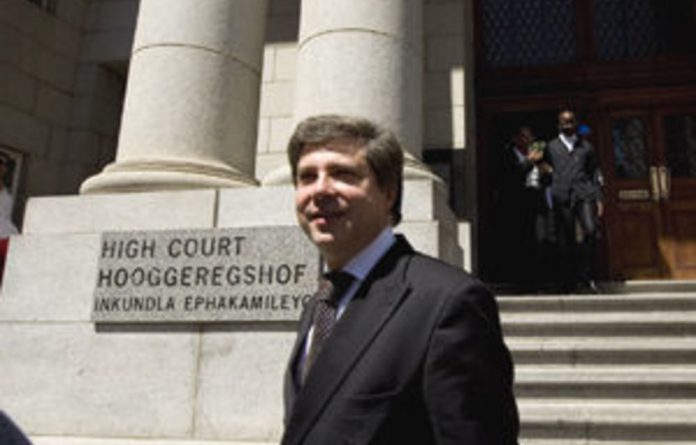 An ANC-dominated parliamentary committee this week threw out an opposition proposal aimed at regulating the private funding of political parties — highlighting the critical need for reform in this area of Parliament’s work.

The portfolio committee on private members’ Bills and special petitions ruled that the legislation, proposed by Independent Democrats MP Lance Greyling, would be unconstitutional.

Few would argue that there is no need for the reforms. Greyling set out to regulate the disclosure of private donations to political parties and of election expenditure, as well as exploring possible spending caps, the issue of political parties holding business interests and donations from foreign entities. He argued that the committee members had not applied their minds, choosing instead to reject the proposal in a knee-jerk fashion on a technicality.

The committee’s decision followed a very cautious — and controversial — legal opinion given by Parliament’s legal adviser to committee chairperson Setlamorago Thobejane. It found that under South African law political parties are juristic persons, meaning that the rights contained in the Bill of Rights — including those relating to privacy, freedom of association and freedom of expression — apply to them.

Any attempt to pass a law that limited these rights would only pass constitutional muster if it met the provisions of Section 36, the legal advice stated. The section stipulates that any limitation must be considered against the nature of the right, the importance of the purpose of the limitation and its nature and extent, the relation between the limitation and its purpose, and whether there are less restrictive ways of achieving this purpose.

“I believe that it is wrong for the committee to simply deem the proposal unconstitutional because it limits rights without even debating whether it is reasonable or justifiable to do so,” Greyling told the Mail & Guardian. “Even the law adviser said that he did not have enough information to deem whether it is unconstitutional or not.”

Greyling argued that the legislation he proposes is desperately needed to promote good governance and strengthen multiparty democracy. “It is a sad fact that almost all of the biggest scandals that have occurred in our democracy— have in some way been due to the lack of party funding regulation,” he argued in his submission to the committee. He listed the arms deal scandals, Oilgate and the Brett Kebble saga as examples.

Unwilling parties
The DA is as unwilling as the ANC to open its books to the public, essentially taking the position: “I’ll show mine if you show me yours.” The DA’s chief whip in Parliament, Ian Davidson, says the party raises funds on the basis of confidentiality and holds that until the ANC reveals its funding sources the DA will be equally secretive.

In contrast with countries such as the US, the UK and Ghana, South Africa does not ban donations to local political parties from foreign governments, corporations and individuals. But there is a move to clip the wings of this particular portfolio committee. In a court challenge to parliamentary Speaker Max Sisulu, IFP MP Mario Ambrosini is seeking to get the rules of the National Assembly changed, arguing that they are unconstitutional.

The rules dictate that any MP wanting to introduce a Bill to the Assembly must first take it to the committee on private members’ Bills, which then recommends it to the house. Ambrosini argues that since the committee is dominated by the ANC no MP can bring a new proposal to the house without de facto ruling-party approval. The committee has also been criticised for failing to meet regularly or have a quorum of members present — further frustrating the work of MPs wanting to make legislative proposals to the house.

Committee chairperson Thobejane insists that the claim that the ANC uses the committee to block awkward legislation is a “wrong insinuation”. The committee based its decisions on any member’s Bills on five criteria newly included in National Assembly rules, he said. Foremost among these is ensuring that a proposal does not go against the spirit and objectives of the Constitution. Greyling’s Bill was rejected because it infringed the rights of parties, Thobejane said.

He also argued that Ambrosini’s complaint was based on the “legacy” of the committee’s performance and did not take into account its current work or attempts to improve its performance. In 2005 the Institute for Democracy in Africa (Idasa) went to the high court in a bid to force the four main political parties in Parliament to reveal their funding sources.

Idasa argued that “secret donations from private sources such as wealthy individuals or large corporations can exert undue influence on the political system” and “can have a corrupting influence on government”. Judge Ben Griesel decided that the matter had to be dealt with in the legislative arena and that the lawmaking process, rather than the findings of a court, was the best way to regulate private donations.

But, he added: “[The decision] does not mean that political parties should not, as a matter of principle, be compelled to disclose details of private donations made to their coffers — Private donations to political parties ought to be regulated by way of specific legislation in the interest of greater openness and transparency.” Greyling points out that since that judgment, the ANC has yet to make good on its promise to bring such a law to Parliament.