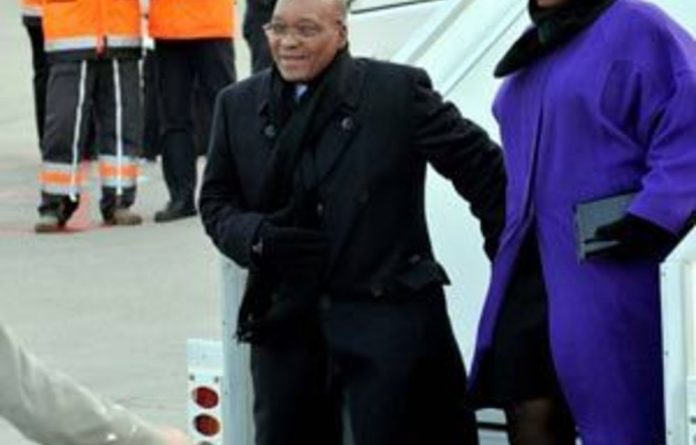 Jacob Zuma’s fiancée, Gloria Bongi Ngema, has landed a job working for the Gupta family, the Mail & Guardian can reveal.

It also appears the president’s wealthy friends may have facilitated the purchase of the bride-to-be’s R5,2-million home in Pretoria’s most exclusive suburb — although this has been denied.

Investigations by the M&G have revealed that Ngema, who is due to become the president’s sixth wife, heads the communications and marketing department at JIC Mining Services, which is majority-owned by the Guptas’ Oakbay Investments.

Ngema, who recently accompanied Zuma on his state visit to France, was appointed at JIC nine months ago. She previously worked in the communications and marketing department at IBM.

This revelation is likely to fuel public concern about the influence of the Guptas on the president, via their close connections with his family.

Cosatu recently called for an independent investigation into whether the Guptas were drawing an unfair advantage from their relationship with the Zumas — something the Gupta family has consistently denied.

Ngema, a 46-year-old from Umlazi in Durban, lists as her most recent address a luxurious home in Waterkloof Ridge, Pretoria, which is owned by the Sinqumo Trust — the name of her and Jacob Zuma’s four-year-old son — and financed to the tune of R3,8-million by India’s Bank of Baroda.

The bank, one of India’s largest, appears to have an intimate relationship with both the Guptas and the Zumas.

The president’s fiancée is among three of Zuma’s nearest and dearest who appear to have benefited from his well-publicised friendship with the Guptas.

Zuma’s son Duduzane and Gupta brother Tony are joined at the hip through their various business interests. The two are directors in Mabengela Investments, which owns 26% of JIC.

Mabengela also links them to a R9-billion empowerment deal with steel giant ArcelorMittal, a proposed R500-billion deal with the China Railway Construction Corporation and the Shiva uranium mine.

Duduzane and Tony are directors of and shareholders in Afripalm Horizons, which signed an agreement with the Steel Authority of India to investigate building a R21-billion steel plant in South Africa.

Six months after his father was elected ANC president in 2007, Duduzane was asked to join the board of the Guptas’ technology giant, Sahara Computers. His twin sister, Duduzile, became a Sahara director at the same time, although she resigned last year.

Duduzane lists as his address a lavish R4-million Saxonwold home, owned by his and Tony Gupta’s company Mabengela and financed by the Bank of Baroda for R3,64-million.

At the Standard Bank Pro20 cricket match between South Africa and India in January this year, which the Guptas reportedly attended, President Zuma was due to hand the bank’s managing director, MD Mallya, a special award, ostensibly for fostering relationships between the two countries, according to Cricket South Africa.

This was to precede a concert hosted by Gupta-owned newspaper the New Age.

The M&G asked the Guptas’ spokesperson and the New Age‘s managing editor, Gary Naidoo, whether the family had assisted Ngema or her family to buy the property, either by paying the purchase price, facilitating financing or meeting and assisting with bond repayments.

Naidoo said: “The answer to all your questions is no.”

“The Guptas are merely investors in JIC Mining. No member of the family has any involvement in the day-to-day running of the company or appointment of any staff. I would suggest that you seek response from the management team at JIC.”

When contacted on Thursday, Ngema would not answer questions about her appointment at JIC. “I don’t talk to newspapers as a matter of principle,” she said.

JIC chief executive Jacques le Roux confirmed Ngema’s appointment nine months ago and said that she “contributes in an important way towards JIC’s corporate goals and has the respect and admiration of all her colleagues”.

“She holds a BBA degree, an IMM diploma, a certificate in public relations and a diploma in marketing. She has previously been employed as territory marketing manager at IBM, and as client services assistant manager at Deloitte’s. At SCMB she was senior officer in sales and administration.”

Le Roux said her appointment had followed the company’s standard recruiting process and added that she had tendered her resignation last year for personal reasons. However, the company was negotiating ‘to hold on to her services due to her value to the company”.

Zuma’s spokesperson, Zizi Kodwa, responded to M&G questions by SMS: ‘The questions should be directed to Mrs (sic) Ngema and/or [the] JIC company, not to the presidency.”

How the Guptas captured Transnet