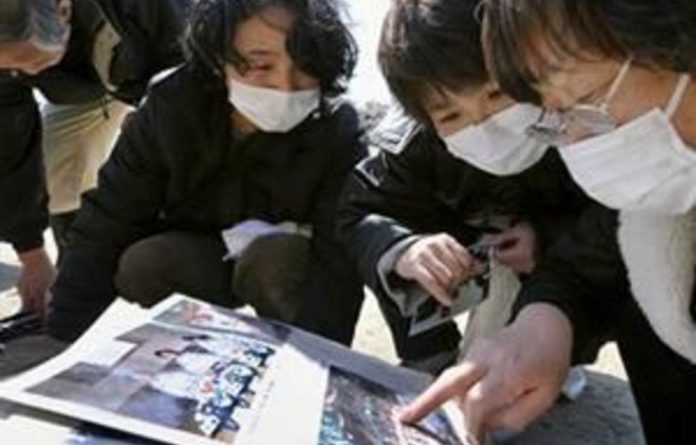 Japan made some progress in its race to avert disaster at a tsunami-damaged power plant, though minor radiation leaks underlined perils from the world’s worst nuclear crisis since Chernobyl 25 years ago.

Three hundred engineers have been battling inside a danger zone to salvage the six-reactor Fukushima plant since it was hit by an earthquake and tsunami that also killed 7 653 people and left 11 746 more missing in north-east Japan.

The unprecedented multiple crisis will cost the world’s third largest economy as much as $200-billion and require Japan’s biggest reconstruction push since post-World War II.

It has also set back nuclear power plans the world over.

Encouragingly for Japanese transfixed on work at the Fukushima complex, the most critical reactor — Number Three, which contains highly toxic plutonium — stabilised after fire trucks doused it for hours with hundreds of tonnes of water.

“We are making progress … [but] we shouldn’t be too optimistic,” said Hidehiko Nishiyama, deputy-general at Japan’s Nuclear Safety Agency.

Technicians attached a power cable to the Number One and Number Two reactors, hoping to restore electricity later in the day prior to an attempt to switch the pumps on.

They aim to reach Number Three and Four soon after that.

If successful, that could be a turning point in a crisis compared to the US’s Three Mile Island accident in 1979.

If not, drastic measures may be required such as burying the plant in sand and concrete, as happened at Chernobyl after the world’s worst nuclear reactor disaster in 1986, though experts warn that could take many months and the fuel had to be cooled first.

On the negative side, evidence has begun emerging of radiation leaks from the plant, including into food and water.

Though public fear of radiation runs deep, and anxiety has spread as far as the Pacific-facing side of the United States, Japanese officials say levels so far are not alarming.

Traces exceeding national safety standards were, though, found in milk from a farm about 30km from the plant and spinach grown in neighbouring Ibaraki prefecture.

The Japanese government ordered additional tests and depending on the results may ban sales and shipments of food products from areas in the vicinity of the plant.

The first discovery of contaminated food since the March 11 disaster is likely to heighten scrutiny of Japanese food exports, especially in Asia, their biggest market.

Tiny levels of radioactive iodine have also been found in tap water in Tokyo, one of the world’s largest cities about 240km to south. Many tourists and expatriates have already left and residents are generally staying indoors.

Facing criticism of its early handling of the situation, plant operator Tepco’s president issued a public apology for “causing such great concern and nuisance”.

Even after restoring power, the company faces a tricky task reactivating the cooling pumps, with parts of the system probably damaged from the quake or subsequent explosions.

“The workers need to go through the plant, figure out what survived and what didn’t, what can be readily repaired and get the cooling systems back up and running to deal with the cores and the spent fuel pools,” said David Lochbaum, of US nuclear watchdog the Union of Concerned Scientists.

Foreign encouragement
Russia’s Prime Minister Vladimir Putin recognised Japan’s progress during a trip to reassure residents of eastern regions there was no immediate danger from the nuclear accident.

“Our Japanese colleagues are gradually, not right away and with mistakes … getting the situation under control,” he said in the city of Yuzhno-Sakhalinsk. “The work is being done properly, in the right way — 24 hours a day.”

UN watchdog the International Atomic Energy Agency (IAEA) also offered encouragement to Tokyo. Its chief Yukiya Amano, who is Japanese, hailed the “strengthening” of work at the site.

Prime Minister Naoto Kan, who has kept a low profile during the crisis except for shouting at plant operator Tokyo Electric Power, sounded out the opposition about forming a government of national unity to deal with the crisis.

But the largest opposition party rejected that.

The quake and ensuing 10m high tsunami devastated Japan’s north-east coastal region, wiping towns off the map and making more than 360 000 people homeless in a test for the Asian nation’s reputation for resilience and social cohesion.

Food, water, medicine and fuel are short in some parts, and low temperatures during Japan’s winter are not helping.

The traumatic hunt for bodies and missing people continues.

“This morning my next door neighbour came crying to me that she still can’t find her husband. All I could tell her was, ‘We’ll do our best, so just hold on a little longer,'” said fire brigade officer Takao Sato in the disaster zone.

About 257 000 households in the north still have no electricity and at least one million lack running water.

Japan’s crisis spooked markets, prompted a rare intervention by the G7 group of rich nations to stabilise the yen on Friday, and fuelled concerns that world economy may suffer because of disrupted supplies to auto and technology industries.

General Motors said it was suspending all non-essential spending and global travel, plus freezing production at a plant in Spain and cancelling two shifts in Germany while it assessed the impact of the Japan crisis. – Reuters