Chama the best choice for tjommies 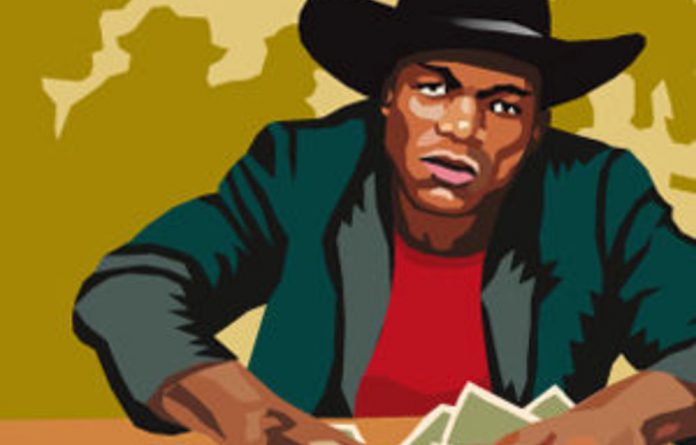 The greying man in his early 50s wore an expensive brown leather jacket and a cream cowboy hat that slouched on his head. He looked at me sideways and asked: “Why are you so keen on hanging out with us?”

Everyone at the table sat up, and five pairs of probing eyes turned in my direction. The booming speakers in the background hummed in a monotonous drone as I cleared my throat. “I’d like to join your group,” I managed as I returned the old man’s stare, “because we are like-minded.” It might seem like I was trying to join an exclusive golf club, but all I wanted was to join their chama — the economic empowerment train that is all the rage here in Kenya.

Chama is Swahili for a group of people — anywhere between two and more than 100 — with a common interest in coming together. They can be classified into a few categories: self-help groups, merry-go-rounds, or investment groups in which members pay a certain amount of money every week or month. The money is then used by the group to invest, give members loans or pay them monthly dividends from their micro-savings.

To join a chama, each of which has its own protocols, you have to be introduced by a member. The “board” will then vet you before you are eligible to join. It was an old friend, with whom I was once in the same chama, who recently tried to convince me to join his new group. During the introductory meeting I was advised that I would be the one who would settle the bills.

I was buying rounds of beer as questions were fired off by the board members. “How old are you?” “What do you do?” “Why should we trust you?” I made my pitch and my friend backed me up. After the initial scepticism, things were looking good.

Mutual understanding
In my former chama each of the six members paid R100 every fortnight. At the end of the month, one member went home with R1 200 he had collected from the group. This group was a merry-go-round affair but it broke up because of serial pay defaulters. It’s the reason why new members of any chama always have to be thoroughly vetted: membership is built on mutual trust and understanding.

When our merry-go-round group collapsed my friend held on to a few members from the former group and injected new blood into it. They transformed the old chama into an investment group. The monthly payments shot up to R400, more members were recruited and a constitution with rules and regulations was created. The new chama bought a nightclub and was planning to build a gas station on a plot it owned.

The modern-day chamas have come a long way. They began as groups our mothers formed as a way to collect funds to improve our homes. Most people dismissed them as an excuse for our mothers to gossip and drink tea, their favourite brew. It was in the 1990s — when there was high inflation, savings were wiped out, jobs were lost and the prices of basics like food and rent quadrupled — that these tea parties started to gain some respect. After all, it was money from the chamas that put food on the table and got rent and school fees paid.

The basic premise of our mothers’ chamas was this: never wholly trust banks because they will give you the proverbial umbrella when the sun shines and take it back when it rains. But a chama is not just an informal bank, it’s family. If there is a job opening, members will tell other members about it. If you are sick, bereaved or getting married, they will be with you through times good or bad. If you need professional guidance, the wealth of experience of people in different careers helps — and the advice is free.

The evolved, modern chama also has many different versions. There’s a girl I know whose chama exists simply for bonding with friends. The five members pay R30 each and meet at the weekend to gossip and catch up. The host uses the R150 raised to pay for food and refreshments. Then there is a chama for single professional ladies. Its single purpose is to help pay for the members’ wedding day, if and when it comes.

Chamas
I even know a guy in a beer chama. He and his four mates used to have one for the road every day after work. Then they did some maths and decided they were spending too much money. Now each member contributes R100 a week, which has reduced their beer intake but increased their savings; every month one member walks home with R1 600.

The most famous investment chama is the Trans-Century group, which was established by 27 leading Kenyan professionals and investors. The membership fee was between R50 000 and R100 000 — and 11 years later the infrastructure investment company is worth hundreds of millions of rands. After making my successful pitch to the board, I sat admiring the expansive nightclub my soon-to-be “family” had bought. I was given the rules and regulations.

As a new member I would first have to pay a one-off fee of R8 000 and timely monthly contributions of R400. If I defaulted I would be fined the equivalent of three months’ contributions. Meetings would be held twice a month and I had to pay R50 for the purchase of refreshments. Coming to chama meetings with a woman would get me fined a goat or cash in kind, while being drunk and disorderly in front of members was a serious offence. And I would not be able to touch any of my contribution money for the next five years unless it was an emergency situation, in which case I would get a soft loan.

I sat mulling over whether to join, wondering whether it wouldn’t be simpler to join a mutual fund. Then again, joining a chama is not just about the money — it’s about friends.

Munene Kilongi is a freelance writer and videographer based in Nairobi