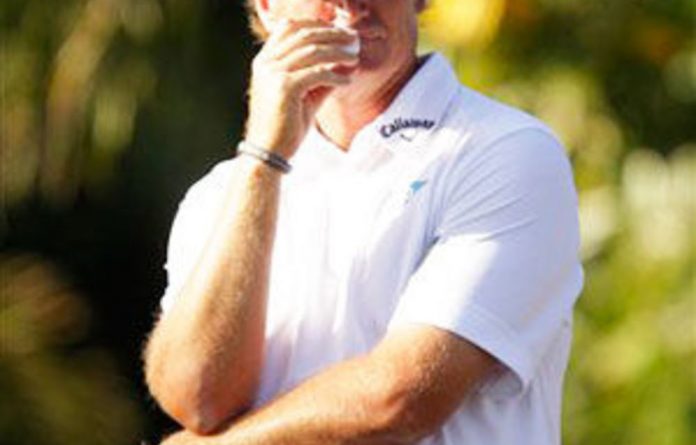 South Africa’s Ernie Els, confident in his game as he prepares to defend his title at the PGA Arnold Palmer Invitational, sees a wide-open fight for the Masters crown next month.

“I think it’s one of most open Masters in probably the last 10 years,” Els said on Tuesday. “The way the world of golf has gone over the last year or so, there are so many guys that have come through and really shown their form.”

The world’s top players will gather at Augusta National Golf Club from April 7 to 10 in the year’s first Major championship, with four European players atop the rankings ahead of fifth-ranked Tiger Woods and number six Phil Mickelson, the defending Masters champion.

“You look at Graeme McDowell, you look at Kaymer, obviously Lee Westwood, Paul Casey I think has got a really good chance there, and obviously Tiger and Phil — they might not even take their best games in there but they arrive there and they feel good about it, especially Phil,” Els said.

“I would say Phil is probably the favourite and Tiger second-favourite still, even if they don’t play very well leading in there.

“And the other guys who are so hungry for Majors now. I really think McDowell has got a great chance there. He’s got the right ball flight on the driver and putts it very well. I think a kid like Rory McIlroy, who is so long, [has] a great touch.”

“My overall game, I’m working on that: swing, posture, it feels quite good,” Els said. “I need to really convert those putts and I’m working on that. It’s really starting to feel good now. And hopefully I can time it just right this time.”

Els looks at experience rather than driving length as a big advantage at Augusta National as the course has been lengthened over the past few years.

“We will see the guys with experience and maybe the guys who really have the belief stay there until Sunday afternoon,” Els said. “I think with the new set-up, you know, every kid out there, all of the guys out there are long now. Everybody hits it 300 just about. So length is not that big a factor around Augusta any more.

“Especially around Augusta, the more experience you have there and the more belief that you have that you can win, the better chance you have, rather than just a guy that bombs it.” — Sapa-AFP