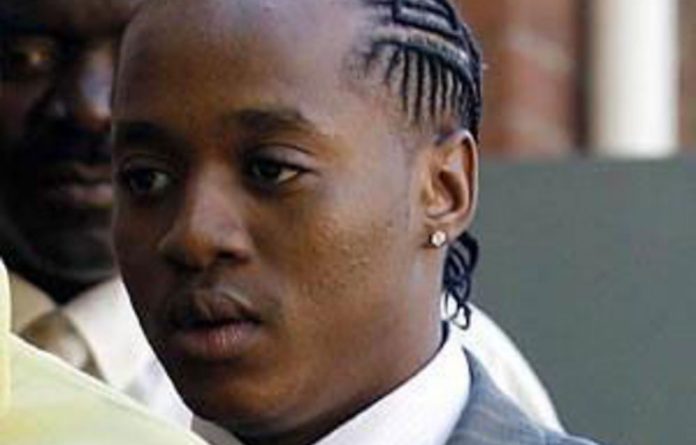 A teenage witness in the murder trial of musician Molemo “Jub Jub” Maarohanye and co-accused Themba Tshabalala told the Protea Magistrate’s court on Wednesday that there were passengers in the allegedly racing cars.

Four schoolchildren died and two were severely injured when Maarohanye and Tshabalala’s cars ploughed into a group of schoolchildren on March 8 last year, while they allegedly drag raced along Mdlalose Drive, a road between Protea Glen and Protea North. The two men also face charges of attempted murder and reckless or negligent driving.

She said the driver of one of the grey and blue cars communicated with a passenger in the other car before they sped from a starting line towards her and a group of friends at the corner of Mdlalose drive and Nkoli street.

Mafika said she did not see the cars crash, but rushed to the scene after the accident.

Shortly after the accident, she saw the passengers with the police and Maarohanye, she told the court.

Ensure justice is served
Earlier, she testified that she and her friends screamed in excitement when they realised Maarohanye was driving one of the vehicles.

She said she did not see her friend Ntokozo Mahlangu filming the cars on her cellphone before they crashed. She saw the footage only after the incident.

Mafika, whose statement about the incident was taken only in February this year, had told the court she had a good memory of events before the fatal accident.

However, under cross examination she admitted that there was no actual starting line on the road and that she was not completely sure if there were passengers. After being repeatedly challenged to demonstrate how the cars were filmed, she did, even though she had previously testified that she did not seen her friend taking the footage.

State prosecutor Raymond Mathenjwa objected to the requests, but defence lawyer Ike Motloung said he was only objecting because he had noticed that Mafika was contradicting herself.

Magistrate Brian Nemabidi intervened, instructing them to conduct themselves in a manner which would ensure justice was served.

The trial was postponed to May 20 when a metro police officer is expected to testify.