Krejcir asked to hand himself over 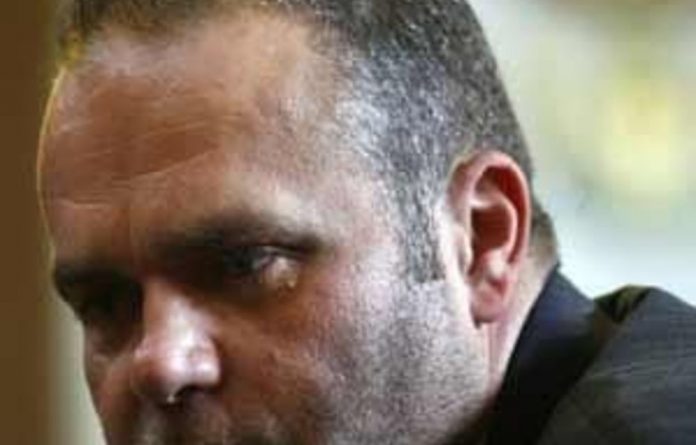 Czech fugitive Radovan Krejcir is supposed to report to his lawyer’s chambers on Thursday to be handed over to the police for questioning in connection with the murder of Cape Town businessman Cyril Beeka, his lawyer, Eddie Claasen, said.

“I have no idea where he is at the moment. I have an arrangement with the police to hand him over,” Claasen told the South African Press Association after Krejcir disappeared when police raided the wrong house in their search for Krejcir on Tuesday.

He could not say how the request had been conveyed to Krejcir.

“We made that invitation to him after we realised that he was not there and that it was in his interest to hand himself over,” said Polela.

At the same time, two of Krejcir’s associates are also being held for questioning.

Krejcir gave the police the slip on Tuesday night when the Hawks rammed their Nyala armoured vehicle through the front gates and garage door of the wrong house in Bedfordview as they stormed what they thought was Krejcir’s house.

Polela confirmed that the specialist crime-fighting unit got the house number wrong when it arrived armed with an arrest warrant on a fraud charge.

“Yes, we rammed the gate with a Nyala, and I believe the garage. We weren’t going to arrest Mr South Africa,” he said.

Hit list
The Star reported occupant Simon Guidetti as saying he received a call from his domestic worker at about midnight to tell him of the raid. On arrival he reportedly found his possessions strewn on the floor, every cupboard ransacked and indoor security gates removed from their frames.

Polela said that even though the police did not get Krejkir, when they got to his house — behind Guidetti’s — they found a hit list, which would enable them to protect the three people still alive whose names were on it.

Tuesday’s raid was to arrest Krejcir for allegedly receiving an insurance payout fraudulently, but after finding the list, he would also be questioned on Beeka, said Polela.

Beeka, who was murdered near the University of the Western Cape on Sunday, was on the list. Former airport security chief Paul O’Sullivan was on the list, as was a doctor, Marian Tupy, who admitted falsifying insurance documents so that Krejcir could be paid out R4,5-million for bladder cancer, and a prosecutor, Riegel du Toit.

Beeka has been described in media reports as an “underworld boss”. In www.whoswhosa.co.za he is listed as a director of two security companies and Elexions SA, a company that administers voting processes for corporates and political parties.

At the same time, two men — Michaelis Arsiotis and Miloslav Potisca –were taken into custody at the Germiston police station on Thursday, their lawyer, Piet du Plessis, said.

He said their detention was related to a Cape Town docket number, “which can only be the Cyril Beeka matter”.

Du Plessis had made an urgent court application on Wednesday night to find out where they were being kept and why, before finding out that they were in Germiston.

On Thursday he might submit another application to court on the grounds that the Hawks had no evidence to keep them in custody.

In terms of the law they can be held until Friday.

“We don’t think there is any evidence justifying them to be held.”

Claim for damages
In the meantime, the Hawks have asked Krejcir’s neighbour to file a claim for the damages caused during their botched raid. “We have asked him to make a claim, immediately after we realised [it was] the wrong gate. The owner was very chilled about it.”

Last year police “exchanged information” with Krejcir during their investigation into the murder of Teazers strip club owner Lolly Jackson, who also lived in Bedfordview.

“He was helping the cops to try to unravel what was happening there,” said Krejcir’s lawyer at the time, Ian Small-Smith.

Krejcir had agreed to make himself available for further inquiries, he said.

Krejcir has been sentenced in absentia in the Czech Republic to six-and-a-half years for tax fraud and was charged with other crimes, allegedly conspiracy to murder, counterfeiting, extortion and abduction.

He was arrested in South Africa in 2007 on an Interpol red notice as he entered the country on a flight from Madagascar using a passport in the name of Egbert Jules Savy.

Polela said to his knowledge police had not issued a new Interpol notice for Krejcir.