Breathing life into the ANC abroad 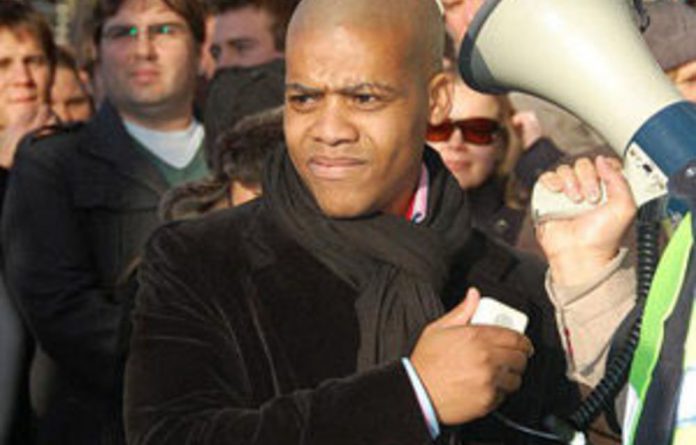 Xolani Xala doesn’t look like a typical politician, yet that’s exactly what he is.

Dressed in a Steve Biko T-shirt under a suit jacket, he’s a stocky man with a bone-crushing handshake. At the age of 28 Xala has been elected head of the new African National Congress branch in the UK. It’s not a job you’d wish on anybody.

It’s the first official branch in the country since 1994, when the party’s international branches were deactivated. Before this year the ANC was functioning in an unofficial capacity in the country through a network of members and supporters’ organisations.

Discussion about the formation of a branch has been taking place since 2009, when ANC Youth League deputy president Andile Lungisa and North West premier Thandi Modise visited the UK. A 2010 visit from secretary general Gwede Mantashe indicated that the branch needed to be re-formed and that the ANC was taking its international voters seriously.

One of the first ANC branches abroad was set up in London in 1961. It was founded by Oliver Tambo, who lived for years in the suburb of Muswell Hill. After the ANC’s election victory in 1994, it closed down its international branches. It’s taken two years for official branch structures to be put back in place and to bring a loosely connected group of individuals into an official party branch.

Xala was active in the campaign to allow expat South Africans the right to vote, a campaign that was eventually successful. He says that the fact that expats can now cast their votes did not play a role in the formation of the branch.

“The issue of the ANC functioning abroad is not new. It started in 1994, but the elders of the ANC who were here at that particular time always wanted to have a branch of the ANC. That decision wasn’t made until 2009.” Xala was elected head of the branch in February and he faces a serious uphill battle.

ANC leadership disliked
According to a report from the Independent Electoral Commission (IEC), just more than 12 000 votes were cast outside South Africa in the 2009 general election, with 7 833 of those coming from London.

In total 77% of expats voted for the Democratic Alliance, 12% for the Congress of the People and a mere 8% for the ANC. There are varying figures for the number of South Africans living in the UK (a 2009 report puts the figure at just more than half a million) but they represent a significant number of votes.

The IEC had not returned requests for information on UK voting figures at the time of going to the press, but there’s no question that Xala is going to have to work hard to win over an electorate that does not appear to like the ANC very much. Many South Africans in the UK have been extremely critical of the ruling party and several chose to leave South Africa because of dissatisfaction with the economic and political climate.

The branch, Xala says, has been formed a little late to canvass for the coming municipal election, but he seems upbeat about his task. “The ANC is a very loved organisation,” he says, when asked how he feels South Africans in the UK view his party. “That we should not shy away from. Everyone loves the ANC. The problem people have is with the leadership of the ANC. If people don’t like the leadership, they begin to dislike the ANC.”

One of the biggest problems he’ll face is delineating the precise aims of his branch, which are currently being talked about only in general terms. Xala tends to answer questions by discussing the ANC’s past activities abroad rather than naming specifics, but he says that the aim is to unite South Africans in the UK, specifically to unite them behind ANC policy.

“In practical terms,” he says, “the branch is like any other branch in South Africa. It carries on with the basics of day-to-day branch activities. We have political programmes and heritage days to commemorate here in London. Above all, our goal is to rally every South African behind the aims of the ANC and to unite South Africans abroad. It’s going to be a challenge, but it is a challenge that, I can say to you, we are going to overcome.”

Celebrations
He says he wants the branch to become a point of information for South Africans in the UK, advising them on their rights. The branch is also looking at taking part in the 50th anniversary of the ANC’s activities abroad, which takes place later this year, as well as sending representatives to the ANC’s Mangaung conference in 2012.

The UK branch of the ANC stands at just more than 300 official members and 10 staff members, who, Xala says, will work closely with party headquarters in Johannesburg. He’s adamant that the infighting which has overtaken the ANC — including the conflict between Trevor Manuel and spokesperson Jimmy Manyi over the latter’s public comments on race and conflicts over succession — are a non-issue and won’t affect the perception of the ANC in the UK.

Xala was born and brought up in Port Elizabeth. He became involved in politics early and studied in Israel before moving to the UK in 2003. A year later, while working for the Surrey County Council, he formed the South African Youth Forum Abroad, an ANC-affiliated organisation that campaigned strongly for expat South Africans to be allowed to vote in general elections.

The ANC in the UK faces stiff competition from the DA, which is the only other South African party to have a branch there. It’s been operating since November 2009.

DA branch chairperson Nigel Bruce says that one of the party’s goals in the UK is to get more expat South Africans to vote in the next election: “They are mostly young professionals who are gaining skills and accumulating capital while they wait for South Africa to do what is necessary to make their return viable. They are good at communication, full of ideas and are a credit to their country.”