Checklist takes sting out of BEE 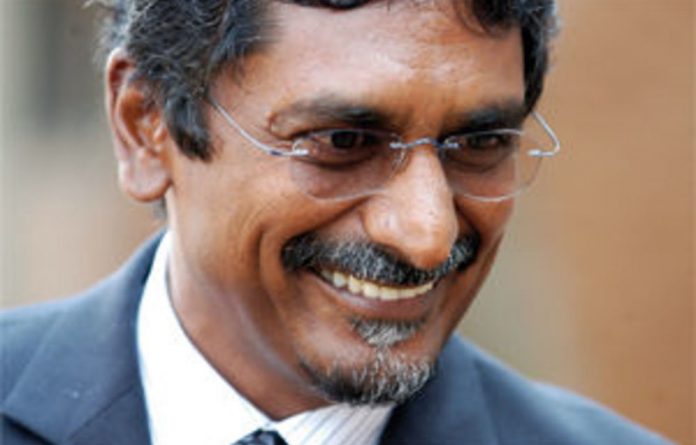 It marks yet another effort to strengthen the impact of BEE, which is under attack from various political formations that feel it should be abandoned because it has not worked as policy. The checklist is made up of 40 questions divided into eight subsections that serve as an indicator of the legitimacy, credibility and sustainability of BEE worthiness.

According to Ditikeni, a company that passes the test is credibly broad-based. “Any genuine broad-based organisation should easily score the required 30 out of 40 points,” said Sahra Ryklief, Ditikeni’s chairperson. BEE is defined by the Industrial Development Corporation of South Africa as “the process by which previously disadvantaged South Africans are being empowered through the transfer of ownership, management and financial control of companies, the multilevel transference of skills and the widespread creation of jobs”.

However, recently the process has been scrutinised for benefiting only a select few elites, leaving many previously disadvantaged South Africans out of the process. “The new checklist will help prevent individual profiteering and promote the broad-based principles upon which the concept of BEE was founded,” said Ryklief.

The checklist would not be introduced by means of government lobbying, but by working with other broad-based companies. “If you can’t win up there, start down here,”she said. Jay Naidoo, a former trade union leader and a former MP, said that BEE had, in many instances, been hijacked by a “cabal of predatory elites”.

He said BEE was partly to blame for the country’s continuing inequality. BEE was meant to be broad-based, to bring about inclusion and real transformation. “BEE fell short of its aims. It gave us the BEE-elites,” said Naidoo.

However, he said he still believed that if done correctly, BEE could achieve its desired purpose, it just had to be in keeping with the goals of a people-centred democracy. In this way, it could bring dignity, employment and pride to those who felt left out by the policy all these years.

The Ditikeni broad-based BEE checklist is designed to verify the credentials of any broad-based BEE organisation. It supplements, but does not replace, the BEE code of good practice. That code deals with issues of ownership of enterprises, management control, skills development and employment equity, among other things, all measured by the percentage or number of black people involved in each category.

Ryklief told the Mail & Guardian that the idea came from a need that wasn’t being expressed through the code. “These are simple questions that were not being asked.” The questions asked by the checklist are different from those being asked by already existing mechanisms such as the BEE scorecard or the code of good practice.

Companies should be encouraged to use the checklist because she believed that many companies want genuine broad-based beneficiaries and are seeking to improve their BEE code. “This is an ethical checklist that assists with verification and authentication,” she said.

Give us your views
The Mail & Guardian and Metropolitan have embarked on a project to promote the understanding of transformation in commerce and industry. Since the outset of democracy 17 years ago, South Africa has promoted a number of laws and initiatives to right the wrongs of the past.

Is transformation happening to schedule, is it achieving its intended aims and is it benefiting deprived South Africans adequately?

Help us to promote information about transformation by having your say.
1. As one of South Africa’s most influential newspapers tracking transformation, have we covered all the policies, influences and issues that effect change in South Africa? If not, what should we include?
2. We focus on seven key components in commerce and industry that shape the circumstances in our growing democracy and we seek answers to the following questions: Which elements do you believe to be most important?
2.1 Employment equity: Eskom met its goal of 63% equity in 2010. How do other companies compare?
2.2 Management control: How close are we to meeting the commitment of 20% black female representation by 2013?
2.3 Socioeconomic development: How close are we to meeting the compliance target of 1% of net profit after tax? How important is this?
2.4 Procurement: Are companies ignoring procurement equity to their cost?
2.5 Enterprise development: Vodacom scored 15/15 on the enterprise development scorecard with spending of more than R1-billion. Is this important to you? Do you know how well other companies have scored in this area?
2.6 Skills development: A lack of skills remains a drawback in meeting the goals of employment transformation. At what level should we address this?
2.7 Ownership: Black South Africans own 18% of the available shares of the top 100 companies listed on the JSE, but still lag behind government’s target of 25%. Should this be a priority or should we rather encourage entrepreneurs?
3. Do you think there are new transformation issues that have arisen in the past two years? If so, what are they?
4. Having read today’s pages brought to you by Metropolitan, please advise:

4.1. Has the subject matter been -covered fairly and comprehensively?
4.2. Do you believe this story is contributing positively towards transformation?
5. Are there additional ways in which the Mail & Guardian in association with Metropolitan can assist in furthering change, measuring change and informing on change in our country?
6. Do you believe continuing debate on our web pages can assist in supporting transformation and in creating a marketplace in which change can be accelerated?

Any additional comments or observations are welcome.