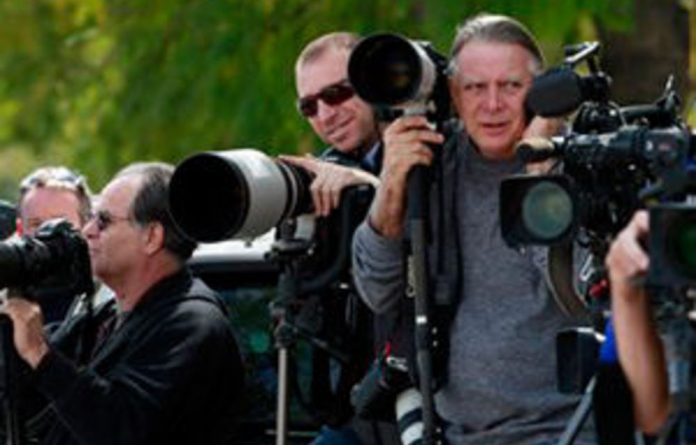 Hollywood legend Elizabeth Taylor was given a small private funeral service attended by family and close friends in the Los Angeles area on Thursday, a day after she died of congestive heart failure.

The Oscar-winning actress (79) was laid to rest at the Forest Lawn cemetery in Glendale, outside Los Angeles — the same place where her close friend, singer Michael Jackson, was buried in 2009.

Taylor’s service was scheduled to begin at 2pm, but started 15 minutes later than planned at the actress’ request.

Her spokesperson said in a statement Taylor wanted the service to include the announcement: “She even wanted to be late to her own funeral.”

The coffin for Taylor was draped by a blanket of gardenias, violets and lily of the valley, and the actress who was known for her violet eyes was interred at Forest Lawn’s Great Mausoleum beneath a marble angel.

The service lasted about one hour and included a reading of Gerard Manley Hopkins’ poem The Leaden Echo and the Golden Echo by actor Colin Farrell, described as a “close friend” of Taylor.

Her representatives previously had said that a public memorial would be announced at a later date.

Forest Lawn is also the burial place of many Hollywood celebrities, including Clark Gable, Jean Harlow and Walt Disney. – Reuters