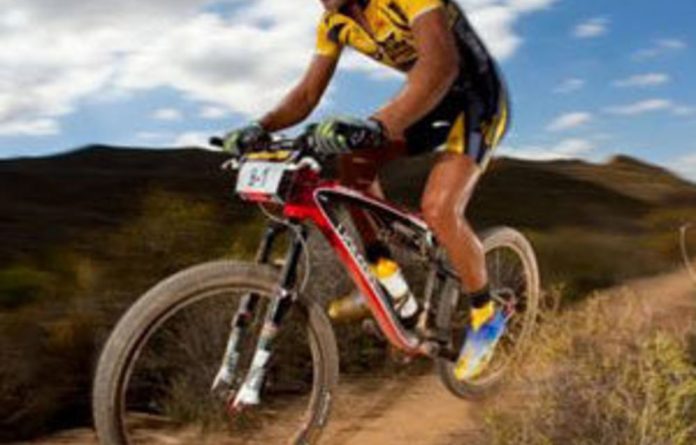 On Friday 1 200 mountain bikers will be greasing their chains, folding their spandex shorts, counting their energy bars, begging for bacteria and viruses to leave them alone and obsessing over whether they have ridden far enough, at the right pace and for long enough to complete their next race, the Absa Cape Epic.

From full-time professionals gunning for a podium finish to those hoping to cross the line with expressions no more severe than humble grimaces, they have almost all devoted several months of their lives to this event.

Through the months of incessant training, they would have floundered at work, neglected their families, forgotten their friends and spent grotesque amounts of money on their bikes. Regardless, the eight-day, 707km stage race through the Western Cape mountains is likely to punish them all. Strange, considering only a handful get paid for the effort.

Starting this Sunday in teams of two, the mountain bikers will ride as far as 140km in a day and will climb a cumulative total of 14550m into the sky over eight days.

The Cape’s sharp and loose sandstone rocks will maul tyres. If the southeaster is not blowing a gale, midday temperatures are likely to soar into the 40s. If not, the riders can count on rain and cold.

“This is by far the biggest and toughest mountain bike race in the world,” South African racer Kevin Evans said this week. “The Cape Epic has set the benchmark for stage racing. It is writing the rules every year.”

Evans is deeply invested in the Cape Epic. First, his father Leon is known in bike circles as “Dr Evil” for the mean-spirited Cape Epic routes he sets every year. Aside from that, Evans has raced every year since the Epic started with 546 riders in 2004, when it was a high-paced jaunt from Knysna to Cape Town. As the Epic evolved, the field expanded and the course became shorter, but more rugged and true to mountain biking. Evans claimed his first podium finish alongside his teammate David George in 2008. The following year the South African pair finished fourth and in 2010 Evans returned with Austrian partner Alban Lakata, saying he was determined to be the first South African to finish in a winning team.

Bad luck
By the end of stage one last year, Evans’s hunger was written across his face as the pair finished at the front of the field. On day two they were held back by repeat punctures, but they rode hard to hang on to their position. On day three they suffered unbelievable bad luck and several more punctures resulted in them completing the last few kilometres riding on bare rims with no tyres at all (they have a new tyre sponsor this year, I believe). Yet it was only after this that they started to lose their grip on first place.

On day four Lakata’s legs gave in, but Evans coaxed him through and they kept the pressure up until day eight when they stood, somewhat glumly, on the first step of the podium — third place overall.

This year Evans is back with his old partner George, one of South Africa’s fastest road cyclists.

“For the first time Kevin has a South African partner who believes, like he does, that they can win it,” said filmmaker James Walsh who is producing a documentary on Evans and George’s 2011 bid to be the first locals to win the race. “Usually it’s a case of ‘hopefully we can get a podium’, but they both believe they can win.”

In an interview Evans presented the same goal, but more modestly. He has to be realistic, he said, because no matter how hungry they are, how hard they train, how good their equipment is, if they ride over the wrong rock at the wrong angle, they’re in trouble.

Luck, however, is not Evans and George’s first obstacle. Of more concern is the likes of the German team The Bulls, made up of Karl Platt and Stefan Sahm, which has won the Cape Epic three times with its systematic, conservative style of riding.

Another team George and Evans are watching includes another South African, Burry Stander, and the Swiss Christoph Sauser. They finished second last year. Evans, George and Stander appear to be the only South Africans in the running this year. None has come first since 2004 and few have made it into the top three.

The Cape Epic starts this Sunday with a time trial in Tokai, from 7am. On Monday the tour will relocate to Tulbagh and will wind slowly through Worcester and Elgin and on to Somerset West, where it will finish at Lourensford on April 3.

This reporter will also be riding, covering the event for the Mail & Guardian from his saddle, blogging on Thoughtleader.co.za and sending the odd tweet