Is the DA the new black? 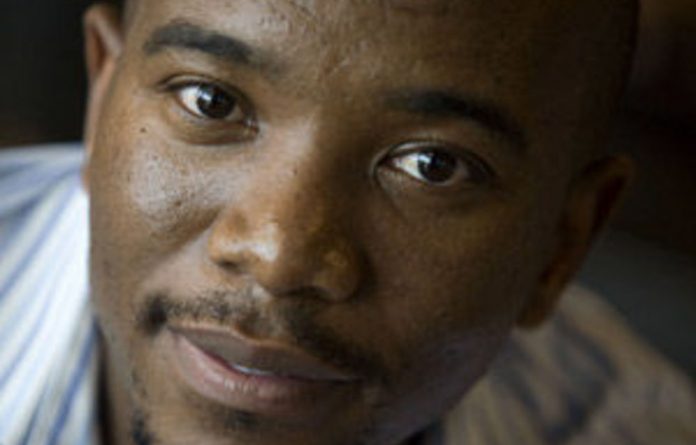 Mmusi Maimane is carrying huge responsibilities on his well-dressed shoulders. He is the Johannesburg mayoral candidate for the Democratic Alliance — the man who is expected to ensure the party gains scores of voters in the municipal elections on May 18.

Maimane is in it to win. The 30-year-old with a master’s degree in theology tells the Mail & Guardian his ambitions while sipping a decaffeinated cappuccino in the Mugg & Bean at Randburg’s Cresta shopping mall, for just a moment ignoring the DA’s performance in the 2006 local elections in Johannesburg, where the party managed to take 27% of the vote.

His target market will be divided into three: the historical DA voters, the young professionals and the township dwellers. In preparation, Maimane, a freelance diversity consultant, has already held a public meeting in Ivory Park, east of Johannesburg, to kick off his campaign. But Maimane’s job is, in reality, much bigger than simply gathering votes. It is to be the poster boy for the new DA, a party that has been aggressively attempting to shake off the image of white, middle-class and predominantly English-speaking.

Maimane can speak six languages, in addition to his eloquent English. He certainly is black and he grew up in Soweto. But does he have what it takes to help lift the DA out of its unreservedly middle-class station? Like fellow DA youth leaders Mbali Ntuli and Makashule Gana, Maimane is tasked with showing the DA as diverse, generationally mixed and, to use an ANC term, a party that can be a home for all.

On Saturday the DA will launch its manifesto for the local elections in Kliptown, Soweto, at the Walter Sisulu Square, smack-bang in the centre of ANC country. The same venue was chosen to launch the 2009 manifesto for the national elections, but DA spokesperson Lindiwe Mazibuko admits this time the venue has more than a symbolic meaning.

“We view Gauteng as our next frontier,” says Mazibuko, another young, black rising star in the DA, from her office in Cape Town. “In 2014 we want to challenge for the provincial government.” Mazibuko says the party wants to expand its voter base significantly in Gauteng and plans to show Gautengers that the party is serious about winning them over.

The DA’s quest
The new leaders are supposed to help attain this vision and the DA strategy is to cast Maimane in an empathetic light. “We don’t want to be seen as middle-class yahoos having a whine,” says Mazibuko. “It must be clear that the DA government does not dismiss your complaints by saying there is no crisis,” referring to the recent Johannesburg billing fiasco, which mayor Amos Masondo has continually refused to accept as a crisis. Although the DA is reluctant to dabble in identity politics, Mazibuko is clear that Maimane’s skin colour is important in the party’s quest to get its message heard by the electorate.

“The fact that he’s black is important; we need to show the diversity of the party. But not all our mayoral candidates are white — it depends on the place and the people,” she says. The DA has tried to parachute black faces into its mostly white leadership since the early 2000s — and the strategy has, failed in the past.

In 2005 the party shed a significant chunk of black MPs when Dan Maluleke, Richard Ntuli, Enyinna Nkem-Abonta and Bheki Mnyandu defected to the ANC in the floor-crossing period, claiming the DA was “racist”; none of them was returned to Parliament with the ANC after the 2009 elections. Limping from this loss, the party started its in-house young leaders programme as part of a process to “grow our own timber”, as DA leader Helen Zille puts it.

Maimane skipped over this formal grooming programme and went straight to the head of the class, chosen as mayoral candidate despite never having spent a day in a government position. His lack of experience doesn’t bother him; he knows the issues by heart. “I think that’s been the message out there, literally ranging from people who say, ‘Well, if you can get the city to work, we’re totally behind it’ to people who are saying they’re frustrated with what’s happening [and that] ‘we want to be able to run our businesses well’,” says Maimane.

“Or people like my parents, for argument’s sake, or my brother, who has his diploma and doesn’t have a job — the promise of a better life for all isn’t a reality for everyone.” The fact that it is a “proud Sowetan” — born and bred in the better part of Dobsonville but now living in Randburg with his wife and eight-month-old daughter — who is making these promises may swing votes in the DA’s favour.

Says Mazibuko: “There is that adage that people are more able to listen to people who look like them and talk like them.” But she refuses to be drawn on whether Maimane, with his Guess jeans and Model C accent, is someone who looks and talks like the typical Gauteng voter: “The question of whether he is black enough is of no consequence to us; we don’t think in those terms.”

Selling out
Still, black DA members who swear allegiance to Zille come under heavy fire from the ANC and their own inner circles. “I was asked by my friend if I’m not selling out,” Maimane says. “I told him those who sell out are those whose allocations of budgets, in terms of service delivery, [are] misspent. That’s money that is meant for the poor and used for other things — that’s what’s selling out.”

Mazibuko has also been on the receiving end of comments branding her a “coconut” — a derogatory term for blacks who act like whites. In Parliament last month she was lambasted by Higher Education Minister Blade Nzimande for not having grown up in the township, after she objected to his reference to “darkies” — a comment she found offensive.

Justin Sylvester, a researcher at the Institute for Democracy in South Africa, says new black faces do not automatically translate into new black votes. “These new kids on the block show this is not the DA of old, and that certainly won’t hurt their votes,” Sylvester says, “but I doubt they’ll be able to win many more votes simply because of them.”

He warns that growing your own timber through the leadership programme can mean you can’t see the wood for the trees. “There is a tension between the guys in the youth leadership programme and those who are building branches in the township. The township guys might well say: ‘What about our upward mobility?'” According to Sylvester the DA must replicate the ANC model of building branches in poor townships and if they don’t their leaders will be young and competent, but always middle class.

“The ANC will eventually give up on the middle class and a sign of that was the emergence of Cope. But with Cope being in trouble, where will they go except the DA?” Maimane knows this a bit too well. He voted for Cope in the 2009 elections, hoping it would be a viable alternative. With Cope’s demise came a political vacuum, which led him to the DA. But many people who would traditionally vote ANC have a much more difficult time switching to the DA, while start-up parties like Cope or the Independent Democrats once allowed for an easier transition.

Maimane symbolises the future of the DA, which will most certainly become an increasingly multiracial party. But whether it will be able to break free of its middle-class chains remains to be seen.