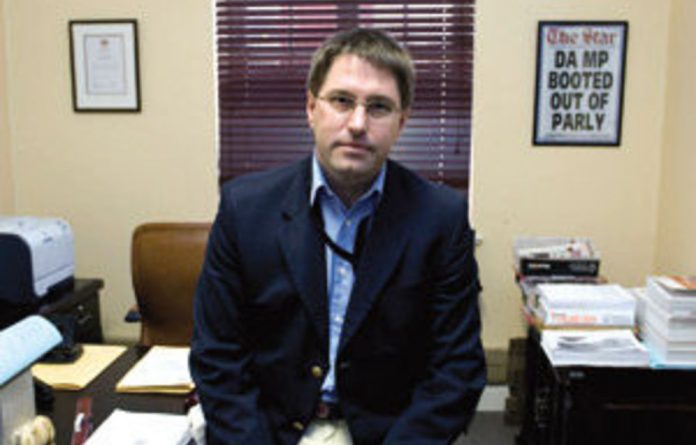 Public Protector Thuli Madonsela agreed this week to a request by Democratic Alliance MP David Maynier to investigate allegations that South Africa sold more than 100 sniper rifles and 50 000 rounds of ammunition to Libya in late 2010.

Maynier told the Mail & Guardian he believes that the investigation could establish whether the alleged sale, brought to his attention by reliable sources, was illegal. Madonsela informed Maynier on Thursday her office would commence with a “preliminary investigation”.

Maynier was expelled from Parliament on Wednesday for asking Justice Minister Jeff Radebe, chairperson of the National Conventional Arms Control Committee (NCACC), whether he had allowed the sale and, “if the answer is yes, will the honourable minister tell this House what it feels like to have blood on his hands?”

An irate ANC raised a point of order that “talk of blood on hands was unparliamentary and out of order”.

In November Maynier was ejected from the House after telling Defence Minister Lindiwe Sisulu that she was telling Parliament a “big political fib” after she refused to make available to MPs reports on conditions in the military. While the sale of the arms would have taken place before a United Nations arms embargo on Libya, Maynier said he did not believe it would have complied with the provisions of South Africa’s legislation, which sets a high human rights standard.

“Radebe should appear before the portfolio committee on defence and military veterans as soon as possible to properly account to Parliament. We have to get to the bottom of whether these sniper rifles and ammunition, or indeed any other weapons, were sold to Libya.”

In February Radebe confirmed that the NCACC had “duly authorised arms trade between South African companies operating in defence-related industry and the Republic of Libya”.

However, he said in a press release that at the time the transaction was concluded with Libya, there was no evidence that there would be any political unrest in the country.

“Some in the media or through the use of the media as a platform have been quick to conclude that the deaths that have been reported in Libya during the period of political unrest have a direct link with the arms sold by the South African companies to Libya,” Radebe said. “There is no evidence to back up such a claim.”

Radebe said that the transactions were authorised and complied with the guiding principles and criteria set out in the law regarding the ­conventional arms trade.

However, the details of the transactions could not be provided because of confidentiality clauses in the ­contracts with Libya. In his letter to Madonsela, Maynier asked that she establish who signed the transaction.

“I suspect that inter alia, given the human rights standard, obligation to avoid contributing to terrorism and crime and the end-user certificate reliability criteria, that the decision to authorise the transaction did not comply with guiding principles and criteria set out in the law regulating conventional arms sales in South Africa,” he wrote.

Maynier also asked the protector to look at whether information concerning conventional arms sales could be lawfully withheld from the public, given the alleged “confidentiality clauses” in the contracts with Libya.