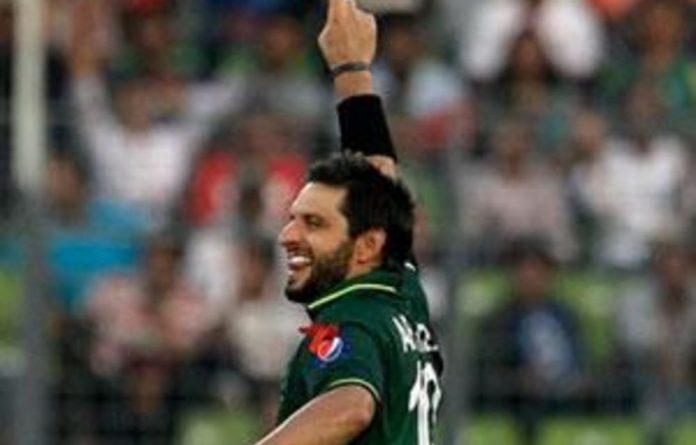 Security was ramped up at the Punjab Cricket Association (PCA) stadium on Sunday as India staged their first training session ahead of the high-profile World Cup semifinal against Pakistan.

The match, the first between the arch-rivals on Indian soil since the 2008 Mumbai terror attacks, gained an added security headache on Sunday when Pakistan’s Prime Minister Yousuf Raza Gilani confirmed he will attend Wednesday’s clash.

Police were out in greater numbers in and around the ground on Sunday and there were even “media security officers” escorting reporters into the ground.

India were due to train later on Sunday but both reporters and fans desperate for a glimpse of their favourites, could be disappointed if, as has happened before, some players decide to opt out of a practice session.

Pakistan, the 1992 champions, were put through their paces once again by coach Waqar Younis in an early morning training stint that started with a lively football match.

Coming back to the PCA stadium was proving particularly pleasant for Pakistan manager Intikhab Alam, who earlier in his career coached a Punjab team featuring both Yuvraj Singh and India off-spinner Harbhajan Singh.

“The two years I spent here earned me friends for life. It feels great to come back.”

‘No fear’
Alam’s relaxed mood was in keeping with that of his team.

Opening batsman Mohammad Hafeez said on Saturday neither he nor his Pakistan colleagues had any qualms about security, saying: “We have no fear or a feeling of [any] shortcoming when it comes to security.

“That’s not our job; our job is to play cricket. To provide security is the responsibility of the ICC [International Cricket Council] and the BCCI [Board of Control for Cricket in India].

“We are very happy and we are enjoying ourselves very much.”

Around 3 000 police will patrol Wednesday’s match with about 2 000 expected to be deployed in and around the 30 000-capacity stadium on matchday.

An estimated 1 000 police officers have already descended on the luxury Hotel Taj in nearby Chandigarh where both teams are staying, a force which includes Indian army commandos.

The game, which takes place in the border state of Punjab, has already sparked a flurry of political activity with confirmation that Gilani has accepted an Indian government invitation to watch the match.

“And I think it’s a good gesture from the Indian Prime Minister that he invites him to come here and watch the game.”

Elsewhere the frantic scramble for hotel rooms and tickets showed no signs of slackening, even though the PCA had insisted as early as Tuesday that the 14 000 available tickets had been sold, with the rest in the hands of the ICC.

“For a match as big as this one, we cannot do anything about black market tickets,” said PCA joint secretary GS Walia.

“As far as we are concerned, we only gave the tickets to those who stood in the queues and bought them. We cannot keep track if they sell these in [the] black [market].” — Sapa-AFP