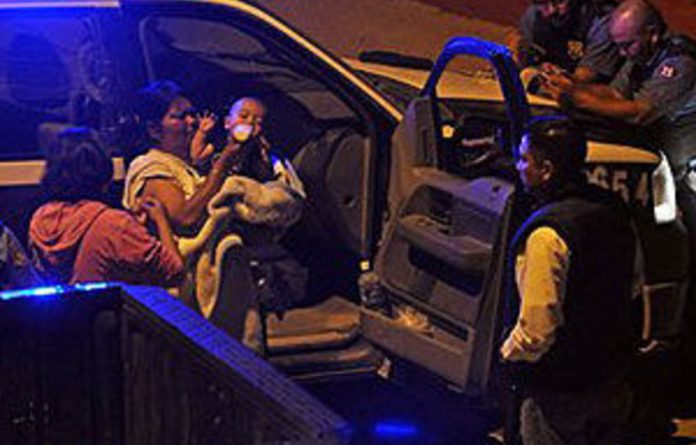 Mexico’s battle with its powerful drug cartels has seen almost 35 000 deaths since 2006, but it has also seen the disappearances of an unknown number of others, often without trace.

A United Nations (UN) commission will on Tuesday receive information from distraught families and rights groups about 250 people who have disappeared in recent years in northern Mexico, the area worst-hit by the drug violence.

In most cases, the non-governmental organisations (NGOs) blame organised crime for the disappearances, but in around 50 they allege participation by security forces.

Some victims are petty criminals, some are illegal immigrants, others are simply caught in the wrong place at the wrong time.

Yolanda Moran is convinced that soldiers abducted her son, Dan Jereemel Fernandez, a father of four, in December 2009 in Torreon, in northern Coahuila state.

One week after the abduction, police arrested a soldier driving Fernandez’s car.

“I talked to the soldier but he didn’t want to say anything to me,” Moran told Agence France-Presse. “His statement helped them to arrest three other soldiers. But when the four soldiers were transferred to a Torreon prison, an armed gang broke in and killed them.”

‘They don’t exist’
Another soldier also suspected in the crime was arrested in March 2010 and, shortly afterwards, killed during a prison fight, according to Moran.

In the investigation, authorities are now seeking a former soldier suspected of leading a cell of the violent Zetas drug gang, which was founded in the 1990s by elite military deserters.

Fernandez’s family is one of 118 to have sought help since 2007 from the Fray Juan de Larios Centre for Human Rights, set up in Saltillo, Coahuila.

The UN working group on forced or involuntary disappearances is visiting the town on Tuesday.

Many families believe the authorities are barely investigating their cases and the Mexican government is failing to act.

“There are more than 34 000 killed, but no one knows how many are missing. They don’t exist. Everyone ignores them,” Moran said.

‘Dirty war’
The scale of the phenomenon has become more apparent with the discoveries of hidden graves used by the gangs to hide their victims’ bodies.

In a sinister case two years ago, a henchman for the Sinaloa cartel in Tijuana said he had dissolved about 300 bodies using acid.

The cases bring back painful memories of forced disappearances between the 1960s and 1980s, in a “dirty war” against the extreme left. At least 789 disappeared then, according to an official report.

The method reappeared in the past four years — coinciding with the deployment of 50 000 troops to take on organised crime since 2006 — according to the 24 NGOs making up the National Campaign against Forced Disappearances.

NGOs hope that the UN delegation will encourage Mexican officials to intensify investigations into missing people and create legislation to prevent and persecute the crimes.

“I hope that the group will understand the situation and pressure the government to listen to us,” Moran said. — Sapa-AFP