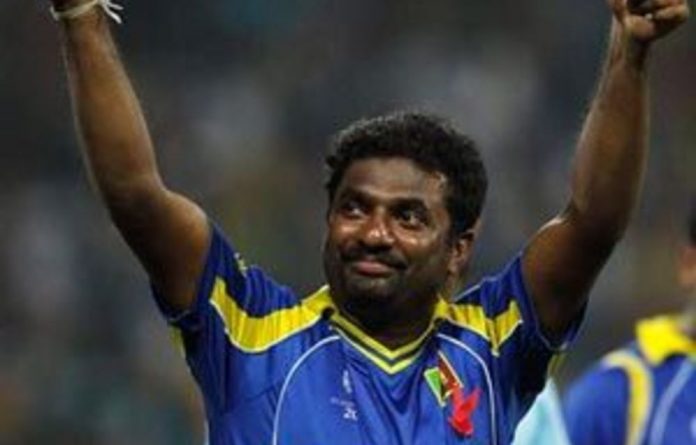 Muralitharan (38), playing his last match on home turf, will retire on Saturday after the final in Mumbai, having played in four World Cups.

Fireworks were set off at the R Premadasa stadium — even before the end of the game — and screaming fans cheered as an emotional Muralitharan enjoyed a lap of honour.

Record-breaking off-spinner Muralitharan earlier celebrated his last ball in international cricket at home with a wicket.

He had New Zealand’s Scott Styris leg before wwicket off the final ball of his 10th over to finish with 2-42 after earlier dismissing Jesse Ryder for 19.

Fans went wild waving placards of good wishes saying “Thank you Murali”, “You’ve done a great job Murali” and “Murali, we are so proud of you” as the wily spin wizard waved his blue cap to cheering spectators.

Muralitharan had been doubtful because of injury for Tuesday’s game and said on the morning of the semifinal that he wouldn’t feel any pressure from his last home game.

“Playing your last match in your country is emotional. When I played my last Test and took eight wickets it was very emotional,” said Muralitharan.

‘Just another game’
“It’s not pressure, it’s just another game for everyone and we just try hard and play and if the other team is better than us then good luck to them,” said the off-spinner, who took four wickets in Sri Lanka’s 81-run win against the same opponents in the 2007 semifinal.

The spinner thanked his fans and countrymen for their support over his controversial and colourful 19-year career.

“I’d liked to thank them for supporting me for such a long time, in good times and bad times,” he said.

“Hopefully they have enjoyed my cricket and hopefully whatever final matches I will play I’ll make them happy,” he said.

Sri Lanka won by five wickets on Tuesday after bowling out New Zealand for 217.

Sri Lanka, 1996 winners and 2007 finalists, will meet either India or Pakistan in Saturday’s final. — Sapa-AFP