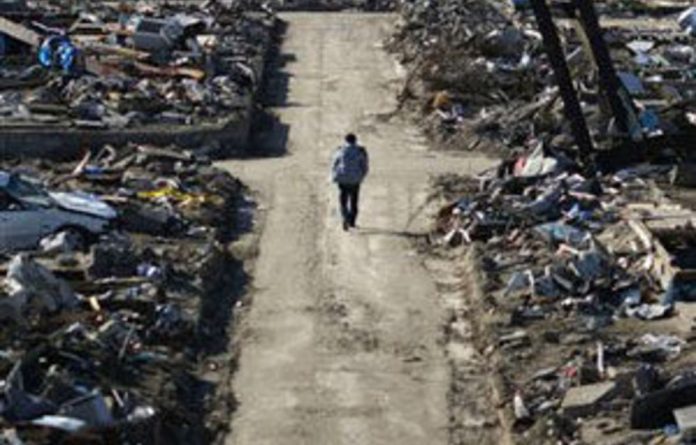 Japan was on Wednesday weighing a series of creative solutions to its unfolding nuclear disaster, from draping reactors with special fabric to sending in military robots to do the risky work.

Pressure to think outside the box heightened as Tokyo Electric Power Company (Tepco), which operates the crippled Fukushima plant, admitted it had no idea when the world’s worst nuclear crisis since Chernobyl would be under control.

“Key factors are still unknown, such as how the nuclear incident will come to an end … In a word, the very difficult situation is expected to continue,” Tepco chairperson Tsunehisa Katsumata told reporters.

Another plan was to anchor an empty tanker off reactor two, so that workers can pump several Olympic swimming pools’ worth of highly radioactive run-off water into its hull, media said.

“We are in an unprecedented situation, so we need to think about different strategies, beyond what we normally think about,” an official with the nuclear safety agency told Agence France-Presse.

Chief Cabinet secretary Yukio Edano said the government and nuclear experts were discussing “every possibility, including those mentioned in the press”.

Resin carpet
In the latest attempt to contain the disaster, workers will on Thursday begin to carpet two-thirds of the plant’s 1,2ha of grounds with a resin to trap the radioactive particles, the agency said later.

The United States has lent Japan robots of a model battle-tested in Iraq and Afghanistan that can navigate, film and clear rubble in the blast-hit reactor buildings, which humans cannot enter because of very high radiation levels.

US President Barack Obama vowed continued help as he talked to Japanese Prime Minister Naoto Kan for the third time since the disaster, which has left over 11 000 confirmed dead and more than 16 000 listed as missing.

“The United States is determined to support the people of Japan in their efforts to deal with the devastating effects of this tragedy, both in the short and the long term,” Obama said, according to the White House.

Briefly raising the alarm on Wednesday, smoke was seen at another Tepco-run nuclear plant 10km from the stricken plant.

The company later said it came from an electric distribution switchboard and was not due to a fire.

Taking its toll
The strain of the crisis appeared to have taken a toll on Tepco’s president, Masataka Shimizu (66), who was hospitalised on Tuesday evening with high blood pressure and dizziness, having not appeared in public for over two weeks.

The company’s shares have plunged to about a fifth of pre-quake levels amid heavy criticism, most recently over news that it ignored expert warnings on the threat of a tsunami before a giant wave crashed into the plant on March 11.

Tepco chairperson Katsumata said he saw little chance that the four stricken reactors in the six-reactor complex could ever resume operations.

“Looking at the reactors number one to four from an objective point of view, I think we will have to close them,” he told a press conference.

For now Japan faces a dilemma in containing the nuclear crisis: it must pump water into reactors to stop them from overheating, even as highly radioactive runoff leaks out, halting crucial repair work and threatening the environment.

With crucial control room functions still disabled, experts are not sure what exactly is happening inside the reactors — and some international experts have issued dire warnings that a meltdown may already be in progress. — AFP