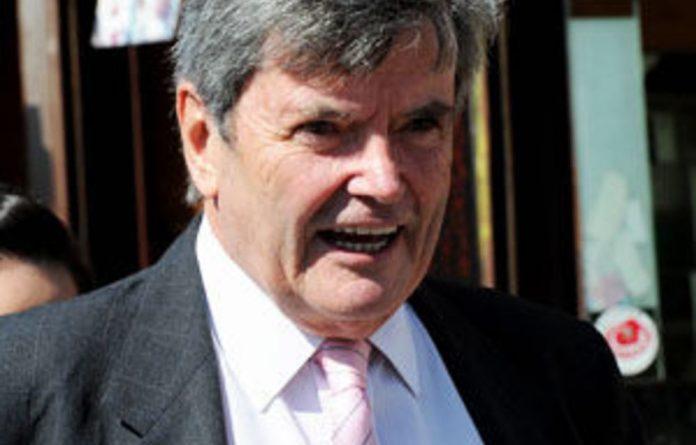 Former Nelson Mandela Children’s Fund trustee Jeremy Ractliffe, who is facing charges relating to the possession of uncut diamonds, had his case postponed by the Alexandra Magistrate’s Court on Wednesday.

National Prosecuting Authority spokesperson Mthunzi Mhaga said: “The NDPP [National Director of Public Prosecutions] advocate Menzi Simelane has considered fresh representations made by Mr Ractliffe and decided to proceed with the prosecution. He was therefore not persuaded by submissions made.”

Ractliffe was represented by Knowles, Husain and Lindsay attorneys.

He appeared briefly in the regional court and left the court house straight afterwards, refusing to speak to journalists on his way out.

Ractliffe was charged with contravening the Diamond Act and was out on a warning.

War-crimes tribunal
British supermodel Naomi Campbell testified at a war-crimes tribunal at The Hague last year that she thought it was former Liberian president Charles Taylor who had given her a bag of diamonds, which it was argued were “blood diamonds”.

Taylor is being tried in The Hague for trading in illegal diamonds, referred to during his trial as “blood diamonds”, to arm rebels in Sierra Leone.

She said she had handed the stones to Ractliffe who was at the time chief executive of the Nelson Mandela Children’s Fund.

He admitted he took and kept three small uncut diamonds so that Campbell would not get into trouble.

Ractliffe handed the stones to the police on the same day that Campbell testified at the war-crimes tribunal.

A person found to illegally possess uncut diamonds could face 10 years in prison or a R250 000 fine, or both. — Sapa