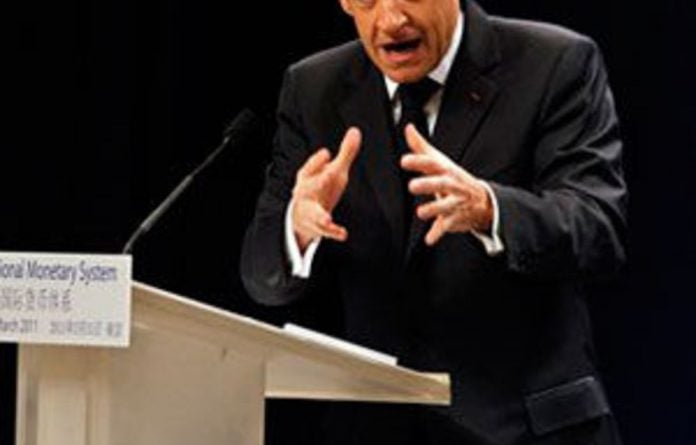 Opposing views about how to reform the global monetary system were laid bare at a meeting of the top 20 economies on Thursday, with France setting out a bold agenda, China warning that change must be gradual and the United States saying the solution was simple.

Finance ministers, central bankers and academics from the Group of 20 (G20) wealthy and developing economies gathered in the eastern Chinese city of Nanjing to discuss how to improve the international currency order so that it can provide a more solid foundation for the global economy.

The forum was meant to be a cornerstone of France’s year-long chair of the G20, with President Nicolas Sarkozy presenting an ambitious agenda for revamping the global monetary system.

But Beijing, despite being asked to host the forum, has not shown enthusiasm for it or for Sarkozy’s broad plans during his government’s presidency of the G20.

“Global monetary reforms should be carried out in a proactive and gradual way. The reform process will be a long-term and complex process,” Chinese Vice-Premier Wang Qishan said in his opening remarks.

Sarkozy called for a broadening of the Group of Seven (G7) nations that monitors currency markets and reform of the role of the International Monetary Fund (IMF) to bring more stability to the global economy.

He also suggested it was time to lay out a timetable for emerging currencies like China’s yuan to enter the IMF’s Special Drawing Right (SDR) in recognition of its growing role in the world economy.

But the US questioned whether such an international effort was really needed to cure the ills in the global monetary system. US Treasury Secretary Timothy Geithner said inconsistency in exchange-rate policies was the biggest flaw.

In a thinly veiled reference to China, he noted that some emerging countries ran tightly managed currency regimes that fuelled inflation risks in their own economies, magnified appreciation pressures in others and also generated calls for protectionism.

“This is the most important problem to solve in the international monetary system today,” he said, according to the prepared text of his remarks.

“But it is not a complicated problem to solve. It does not require a new treaty, or a new institution. It can be achieved by national actions.”

Cautious China
Although China regularly voices criticism of US monetary policies and the dominance of the dollar, it has acted cautiously as France has ratcheted up the calls for global monetary reform.

In Hu Jintao’s talks with Sarkozy on Wednesday, the Chinese leader said only that his government was willing to “strengthen communication and coordination” with France ahead of the main G20 summit later this year.

The Chinese government has also emphasised that France is the organiser of the Nanjing seminar and China simply the venue. It has insisted that a small think-tank headed by a retired vice-premier is responsible for the Chinese side of the planning.

Beijing’s caution stems, in large part, from being the country with the most to lose should the dollar suddenly lose its status as the anchor of the global economy.

China has the world’s biggest pile of foreign reserves and about two-thirds are estimated to be held in dollar-denominated assets.

Reform of the global monetary system must be gradual and the main thing China wants to avoid is rapid dollar depreciation, Li Daokui, an academic adviser to the Chinese central bank, said on Thursday on the sidelines of the G20 seminar. — Reuters