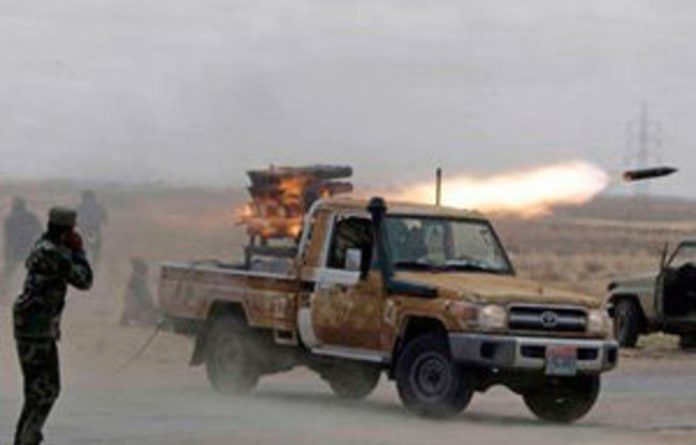 At least 40 civilians have been killed in air strikes by Western forces on Tripoli, the top Vatican official in the Libyan capital said on Thursday, citing what he called reliable sources in close contact with residents.

“The air strikes are meant to protect civilians, but they are killing dozens of civilians,” Bishop Giovanni Innocenzo Martinelli, the apostolic vicar of Tripoli, told Reuters by phone.

“In the Tajoura neighbourhood, around 40 civilians were killed, and a house with a family inside collapsed,” he said.

“In the Buslim neighbourhood, due to the bombardments, a civilian building came down, although it is not clear how many people were inside.”

Nato said it was investigating Martinelli’s report but had no confirmation of civilian casualties in Tripoli.

Martinelli earlier told Catholic news agency Fides that the 40 civilians were killed in Buslim, but he later corrected the district to Tajoura, saying he had confused the names of the two neighbourhoods.

He said his information on the killings came from “people who work with us, who have many contacts with residents, who are on the ground and know the situation very well”.

“I rule out that they could be giving me the official line on this,” he said. “I have not seen it myself but these are people that I know well.”

Inconclusive
Libyan officials have taken foreign reporters to the sites of what they say were Western air strikes on Tripoli, but evidence of civilian casualties has been inconclusive.

Western powers say they have no confirmed evidence of civilian casualties from air strikes, which they have carried out under a UN mandate to protect civilians caught in conflict between Libyan leader Muammar Gaddafi’s forces and rebels.

Canadian Lieutenant General Charles Bouchard, the commander of Nato operations in Libya, told reporters in Naples: “I am aware of this report. It is a news report and I appreciate the source of this report but it is worth noting that I take every one of those issues seriously.

“We are very careful in the prosecution of any of the possible targets that we have,” Bouchard said. “We have very strict rules of engagement provided to us and we are operating within the legal mandate of our United Nations mandate.”

Martinelli said Western bombardments had also struck near some hospitals, mentioning one in Mizdah, a town about 145km south-west of the capital, citing Filipino nurses who he said had to be evacuated.

Fides, the news agency of the Vatican missionary arm, said Martinelli had been in Libya for 10 years and had a very good network of contacts in the country.

There are about 100 000 Catholics living in Libya — foreign nationals who mostly work in hospitals as nurses, it said. “Bombs can never solve problems. Military targets are often in the middle of civilian areas, and even when they are not, you never know what’s inside,” Martinelli said, referring to arms depots.

He said living conditions in Tripoli were getting worse by the day, with food shortages. Residents had to queue for hours to buy bread and fuel.

He also said there seemed to be a military stalemate.

“That is why I say that a diplomatic solution is the principal way to put an end to the spilling of blood among Libyans, offering Gaddafi a dignified exit,” he said. – Reuters