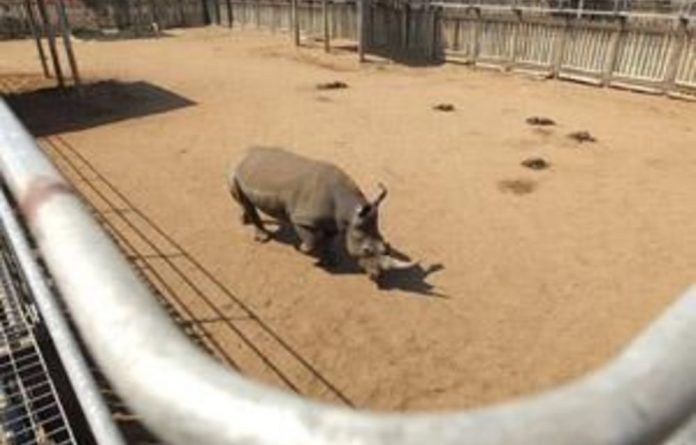 At least 79 rhinos have been killed in South Africa since the beginning of the year amid evidence that syndicates are stockpiling horns in anticipation of the extinction of the species.

In the past two weeks nine rhinos have been killed in what international conservationists described as “Africa’s worst poaching crisis in decades”. Kevin Bewick, the head of the Anti-Poaching Intelligence Group Southern Africa, told the Mail & Guardian that syndicates in Asia were stockpiling horns to supply a growing demand for traditional medicines.

“It’s a supply-and-demand situation,” Bewick said. “An increasingly wealthy middle class in Vietnam, Malaysia and China wrongly believe rhino horn can cure diseases, including cancer.” Recent studies in the United States had shown that the horns comprise calcium, melanin and keratin, similar to horses’ hooves, with no medicinal properties.

Bewick said the main reason for the rise in fatalities in the past three years — from 13 in 2007 to 333 last year — was the lack of resources needed by anti-poaching units to counter well-equipped, sophisticated syndicates.

While syndicates often used helicopters and hi-tech equipment, the budget for anti-poaching units in provincial reserves had been slashed so heavily they had to rely on private donations even to buy diesel.

Kruger National Park
In the Kruger National Park, where 46 rhinos have been killed in the past three months and 146 died last year, the anti-poaching unit is better resourced and from April will be supported by the South African National Defence Force. “But Kruger’s borders are very long and it’s difficult to protect,” he said.

Dropping the fence between the Kruger and Mozambique to form the Greater Limpopo Transfrontier Park has not helped. Mozambique has yet to convict a single rhino poacher, though several suspects had been caught and let off the hook. Bewick’s group is a private initiative that supplies intelligence to private and government anti-poaching units. But members of the public were not coming forward with information about poachers, he said.

“All the enforcement agencies complain about this. Any successful anti-poaching operation relies on good information.” The crisis was compounded by former police commissioner Jackie Selebi’s closure of the specialist endangered species protection unit in 2002. “Experienced people moved out of the field without handing over their skills. Selebi has a lot to answer for,” Bewick said.

A year ago a national wildlife crime reaction unit was set up, operating out of Kruger’s main camp, Skukuza, and working with the police organised crime unit and the National Prosecuting Authority. Members of the unit refused requests for an interview. This year at least 10 suspected poachers have been killed in different parts of the country and 64 arrested. Last year 164 were arrested.

Poaching crisis
International rhino experts gathered in Johannesburg last week under the umbrella of the IUCN’s (World Conservation Union) species survival commission to discuss “the worst poaching crisis in decades”. They urged “greater cooperation between wildlife investigators, police and prosecutors [and for] magistrates and judges to be more sensitive to rhino issues”.

“While the number of arrests has increased, there is an urgent need for improved conviction rates and increased penalties for rhino-related crimes.” South Africa has about 19 400 white rhinos and 1 678 black rhinos, with the population still growing at between 3% and 6%.

“Although good biological management and anti-poaching efforts have led to modest population gains, unless the rapid escalation in poaching can be halted, continental rhino numbers could again start to decline,” said Richard Emslie, scientific officer for the IUCN’s African rhino specialist group. South Africa’s white rhino population grew from a handful captured in KwaZulu-Natal’s uMfolozi Game Reserve in the 1960s and nurtured in protected areas by game rangers under the leadership of conservation legend Ian Player.

When Player started his rhino project, wildlife conservation was well supported, said Tim Snow, the Game Rangers’ Association’s Africa representative. “Now we are close to losing a rhino a day and field rangers on the ground are underfunded at a time when their support systems should be beefed up.”

Meanwhile, Dawie Groenewald, a game farmer and owner of Out of Africa Adventurous Safaris, and 10 others will appear on rhino poaching-related charges in the Musina Magistrate’s Court on April 11. Groenewald is alleged to head a major rhino crime syndicate that includes veterinarians and professional hunters.