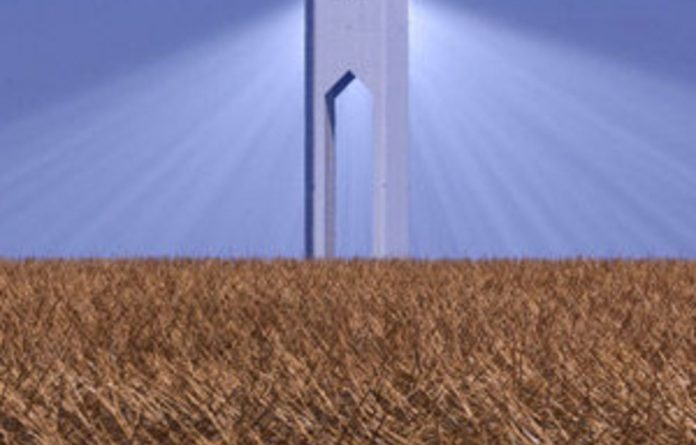 Government has finalised the new integrated resource plan (IRP) which maps out the provision of electricity for South Africa until 2030.

Although the contribution of renewable energy to the mix has been increased from a very low base and plans for nuclear power production remain expansive, the document outlines a number of risks that could have an impact on the implementation of the plan.

These include risks represented by demand forecasts, the costs of nuclear power, the plant performance of renewable technologies and the cost of coal — which remains the predominant source of power for the country until 2030.

The implementation of the plan is also dependent on a number of other policy matters that need finalising, including:

The IRP is intended to be renewed every two years through the department of energy. The plan looks at a range of possible scenarios and identifies the revised balanced scenario as the best option for the country — as did the draft IRP published for comment last year. This scenario is aimed at balancing the costs of the plan with the carbon emission constraints, which are set at 275-million tons/year from 2025, and other government objectives such as impacts on water usage and the potential for job creation and localisation.

Calculation of costs
The document includes a number of changes to the assumptions made in the modelling process, which stem from the public hearings that were held after the release of last year’s draft IRP. These are that the capital costs of nuclear power were not properly calculated, nor were the learning rates of renewable technologies and the resultant declining costs of renewable energy incorporated.

The revised document notes that as a result of the public inputs the learning rates of renewable technologies, including solar photovoltaic (PV), wind and concentrated solar power have been included and assumptions about the cost of nuclear have been modified, increasing costs by 40%.

Despite vocal criticism from environmentalists — who have argued that nuclear power, which has very long lead times to build power stations, is increasingly expensive and comes with a cost burden to deal with radioactive waste — the government stuck with its plans to up nuclear generation to 9 600 megawatts. It justifies this decision in the IRP, saying that it has opted to commit to the nuclear fleet to ensure security of supply in the event of a peak oil-type increase in fuel prices and to ensure that sufficient baseload capacity is built to meet peak demand.

But the IRP also notes that should nuclear costs increase further than expected by 2030 this will substantially increase the cost of electricity. It forecasts that the price of electricity — excluding the cost of the non-Eskom distribution networks, such as those of municipalities could peak at R1,12/kWh. After 2025 it could level out. However if nuclear costs increase this could be higher. Other risks include the plant performance of renewable technologies. “If new renewable generation capacities should fail to reach their forecast performance in terms of the full-load hours, this will increase costs,” the IRP states.

A further risk is that if the learning rates that have been assumed for renewables do not materialise at the pace they are expected to, costs could go up. Given that the assumptions made were “relatively optimistic” there is a greater risk of not achieving the expectations than of exceeding them. There is also the risk of over-investment in capacity as the demand forecast is at the higher end of the anticipated spectrum.

But with coal remaining the main player in South Africa’s energy mix the biggest risk is the cost of coal. By 2020 spending on coal will represent 20% of the total cost of the entire energy system, according to the IRP. There is a likelihood that the long-term contracts currently in place for Eskom’s coal supply will expire and may not be renewed on the same favourable terms.

In anticipation of the growth of renewable energy, construction giant Group 5 has signalled its intention to build a 150MW solar power plant in the Northern Cape. It is intended to fall under the procurement process run by the department of energy, according to a Business Day report. This forms part of the Refit1 programme outlined in the first IRP gazetted on December 31 2009.

The national energy regulator is proposing to slash the renewable feed-in tariffs that previously governed the Refit scheme. One industry insider told the Mail & Guardian that this has introduced further uncertainty into the policy governing the country’s energy system.

While it is widely understood that the initial figures were overestimated and would be subject to review, the timing “could not have been worse”, he said.
Clarity has yet to be provided on a power purchase agreement for independent power producers, along with a clear plan for the creation of an ISMO. However, the department of energy has said that it proposes to introduce legislation on an ISMO in Parliament this year.

Appended to the final report were proposals for the medium-term risk mitigation projects to address the 1 000MW power gap between now and 2012. It notes that the Refit programme has been incorporated into its base case outlook, along with the committed new build of Medupi and Kusile power stations and the return to service of mothballed power plants. Delays in the programme will pose a further risk to the power supply environment.

“There is significant risk that these options do not deliver the committed capacity on time as the regulator and legislative framework has not been put in place to facilitate the procurement process,” the report says.