In the dark over oil reserves 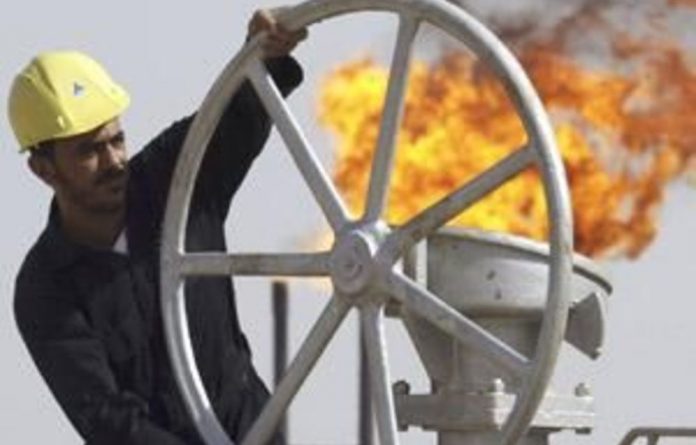 Looking into its crystal ball of energy scenarios, Shell breaks down where it thinks we’ve got to, and where we might be going in a new report called Signals & Signposts.

It warns that we face an upcoming “zone of uncertainty” — a frank admission that, really, it hasn’t a clue what is going to happen. Then it labels a large block of time between now and 2050 as a “zone of extraordinary opportunity or misery” (Shell’s involvement in the Niger delta demonstrates that the two are not necessarily mutually exclusive).

Using optimistic assumptions, the company nevertheless sees a gap emerging by 2050 between “business-as-usual-supply” and “business-as-usual-demand”, a gap so large that it is equal to the size of the whole industry in the year 2000.

The whole industry is faced with the odd prospect that the more successfully they conduct their core business, of finding and pumping oil, the more quickly they will do themselves out of a job.

A comparison of numerous forecasts by Steve Sorrell and colleagues, published in the journal Energy Policy, revealed a list of 56 oil-producing countries already apparently past their point of peak production. They concluded that any forecast putting the global peak and decline of oil production more than a couple of decades away was based on assumptions that were “at best optimistic and at worst implausible”.

Changes in the economy
Some thought it had already happened, more still that it would occur in the next five years. When markets decide that the moment has come, the foundations of the economy could change as fast as a Middle Eastern regime.

But within the industry there remains the same kind of blithe confidence in its ability to continue as before, propping up our economy and lifestyles, that governments just a few years ago placed in the banking system.

The Shell report spoke of “volatile transition”, and of economic outlooks that range from “severe-yet-sharp” to “deeper-and-longer” and the marvellously catchy, if dated, “Depression 2.0”.

Fatih Birrol, chief economist at the International Energy Agency, says we have moved beyond Shell’s “uncertainty” into the “danger zone” for the global economy.

But if problems with production, politics and price combine, the danger is that this may be less a repeat of Britain in the 1970s, and more like Cuba in the 1990s when it suddenly lost access to cheap cold war oil.

On the bright side, almost overnight, Cuba took to urban organic farming, walking, cycling, mending, repairing and reusing what it already had. Cubans might not have chosen to be so, but they became the modern age’s first previously addicted explorers of a world beyond oil, and they found themselves much healthier and with some of the best mechanics in the world. The harder we cling to the comfort of oil, the sooner we might not have that choice either. — Guardian News & Media 2011

Andrew Simms is policy director of the new economics foundation. His latest book is Ecological Debt: Global Warming and the Wealth of Nations published by Pluto Press