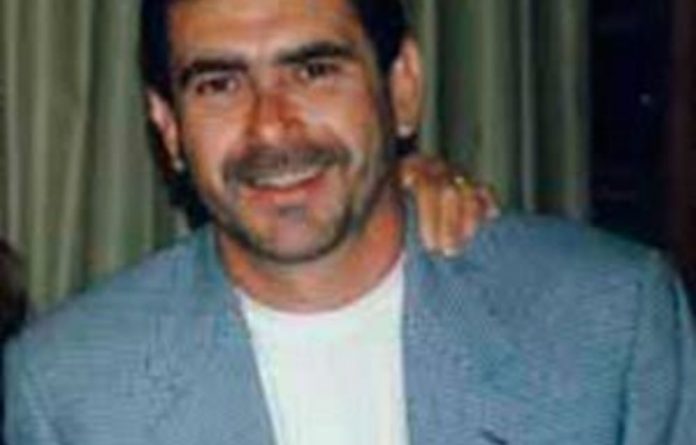 The investigation of the network surrounding Czech fraud accused Radovan Krejcir has led to the arrest of another notorious fugitive, Cuban-born Nelson Yester-Garrido, on drug trafficking charges.

Yester-Garrido is wanted in the United States on suspicion of trafficking large quantities of cocaine in the 1990s and negotiating to buy a Soviet-era submarine for a Colombian drug cartel.

In 2007 the Mail & Guardian exposed Yester-Garrido’s presence in the network surrounding Glenn Agliotti, which linked a number of Agliotti’s associates and former associates to the drug trade.

At the time Yester-Garrido denied “any illegal activity anywhere in the world”, but the Cuban’s arrest this week is linked to a massive cocaine bust that took place at the port of Nqura outside Port Elizabeth in August last year.

It is understood that six other people linked to the case were also arrested in Brazil this week.

The Nqura bust may also have cost another man, Chris Couremetis, his life. Couremetis, known in Johannesburg underworld circles as “Mr Cocaine”, was gunned down on October 10 last year as he was about to get into his Porsche outside the Cradle of Mankind restaurant, where he had been attending a wedding. He was executed by two men armed with an AK-47 and 9mm handgun. Bystanders were not injured.

The M&G revealed last week that intelligence sources had linked Krejcir and one of his business partners to Couremetis, though not to the killing.

Now investigators have linked Couremetis to the drug shipment for which Yester-Garrido is being held.

About 166kg of cocaine was seized in August last year when a ship from South America off-loaded a container at Nqura. The drug was stored in the metal pillars of the container transporting used cooking oil. The bust apparently came as a result of a tip-off but the Hawks, customs and foreign law enforcement agencies co-operated to track the container.

However, according to several intelligence sources, Couremetis was suspected by some of his unnamed partners in the deal of having orchestrated the bust himself, with a view to recovering part of the cocaine secretly.

There is some dispute about the amount actually seized. Some sources claimed the full shipment was 250kg but that only 166kg was booked in as evidence.

In addition, there appears to have been an attempt to steal the drugs back after they had been confiscated. A break-in at the police laboratory in Port Elizabeth on January 9 last year appears to have been targeted at the cocaine haul. Five men, including a police constable, were arrested following the attempted theft.

Couremetis brought together a number of players who are now of interest in the ongoing Hawks’ investigation of Krejcir and in a parallel South African Revenue Service (Sars) probe of people associated with the same network.

The network surrounding Krejcir is the subject of an intensive probe by Sars, although the tax authorities would not confirm any details.

But the M&G has pieced together information that suggests at least 27 individuals and companies have received summonses under tax legislation for information about their operations.

The summonses, which in some cases included visits by Sars officials, were launched on the Friday before Beeka was gunned down.

They are understood to have included:

The arrest of crime intelligence boss Richard Mdluli is, on the surface, unconnected with claims reported in the Mail & Guardian last week that police intelligence was monitoring the conversations of Hawks investigators and others involved in the investigation of Radovan Krejcir.

Mdluli is accused of orchestrating the 1999 murder of a love rival while he was station commander at the Vosloorus police station.

However, there are several indications that the authorities scrambled to put the case against Mdluli together recently — after all, the docket of the case had been missing for nearly a decade. They include

There has been speculation that Mdluli is being targeted as one of the last senior officers of the era of former national police commissioner Jackie Selebi and Tim Williams, his second in command.

Williams declined to sit on the panel that selected Mdluli. The panel was chaired by current Minister of Police Nathi Mthewtha and Cabinet made the final appointment in July 2009. There have been reports of tensions with the current national commissioner, Bheki Cele.

Mdluli was perceived as interfering on behalf of Selebi in his battle with the Scorpions and was part of the group, which included former head of crime intelligence Mulangi Mphego, that was privy to the bugging of Scorpions boss Leonard McCarthy.

The allegations linking Mdluli to the murder were widely known from 2009 when the Sowetan reported them in detail.

It is alleged that Mdluli repeatedly threatened Oupa Ramogibe, who had married his former girlfriend, known only as Tshidi. It was reported that Ramogibe was steered into an ambush by a close friend of Mdluli, Sebastian Ximba, known as “Killer”, but he survived the assassination attempt.

Ramogibe went into hiding. But another policeman, Samuel Dlomo, then pressured Ramogibe’s mother to persuade him to go to the Vosloorus police station to assist with the investigation.

According to a statement later made by Dlomo, Ramogibe was taken by Dlomo to point out the place where the shooting happened. There two unknown armed men approached him, grabbed Dlomo’s service firearm and shot Ramogibe.

It is understood there are now eyewitness accounts contradicting this version. The initial investigation yielded no suspects and the matter was referred for an inquest hearing. But the docket disappeared and an inquest was never held. — Sam Sole and Nelly Shamase