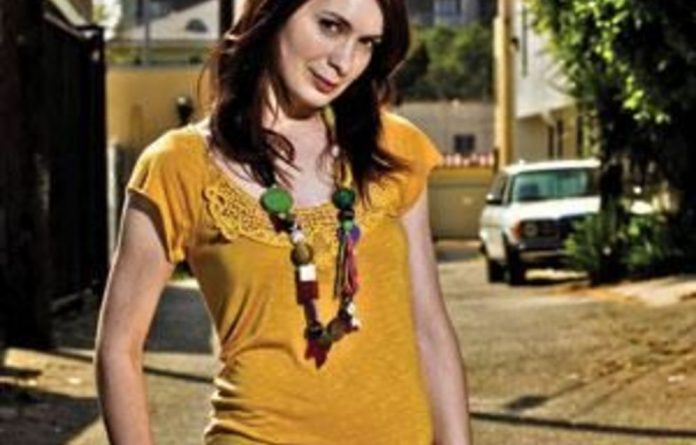 At just 29, this actress turned screenwriter and producer has created a web series that has been watched more than a ­quarter of a billion times.

Her series, called The Guild, was made on the most shoestring of budgets. Speaking at the South by South West Interactive festival last month, Day chuckled as she recalled pilfering food from another set on which she was working at the time. Shot in her house, using borrowed equipment and her friends as cast members, the show epitomises the DIY spirit of a new generation of independent producers.

In 2007 Day was already a successful actress, with parts in shows such as Buffy the Vampire Slayer and House, when she decided to use the spare time between acting gigs to write and produce her own series. Working from the age-old premise of ‘write what you know”, Day decided to create a series about online gamers.

‘I’ve been an online gamer my whole life and I’ve been on the net since the beginning. I had a Prodigy account,” says Day. The choice was fortuitous for a number of reasons. First, she had a built-in audience of extremely connected and net-savvy viewers — online gamers. Second, because of her strong, organic connections to social media channels such as forums and Twitter she had an instant marketing strategy.

The most extraordinary thing about the first season of The Guild was that it was entirely financed by donations from viewers. Day was surprised by the response: ‘Someone said ‘Ask for donations’ and I thought no one does that.”

Canny businesswoman
But donate they did, in their thousands. ‘Our biggest donation was $400. I emailed the guy to check he hadn’t make a mistake with the decimal point. But most of them were $5 or $10 from gamers who enjoyed it — I’m really proud of that.”

By the end of the first season the show had become so phenomenally successful on YouTube that it attracted the attention of Microsoft, which sponsored the next three seasons. A canny businesswoman, Day ensured she always retained ownership of her creation. ‘At one point I almost sold the show, but then I realised we didn’t need a studio. We understood the internet much better than them and we could do it on our own.”

Day points to the wide variety of new content platforms that enable independent content producers to reach an audience while also making some money. ‘Now you can release on NetFlix, on Amazon, via pay-per-view, via apps. You don’t need a ­studio to do that.”

Niche becoming mainstream
Asked about the roots of her success, Day emphasises the need to appeal to niche audiences: ‘This is the opposite of the traditional model, which needs to appeal to so many people to make any money.” She also pooh-poohs the idea that mainstream is something to aspire to. ‘Mainstream is nothing any more. What is mainstream? It’s whatever you’re interested in.”

What’s more, The Guild is just the tip of the iceberg. Dozens of new web shows, with fantastic titles like Dr Horrible’s Sing-Along Blog and Mercury Man, are already drawing enormous audiences online. All of them started with no or very little money and all of them have now been approached by the likes of the SyFy channel. It seems as though niche is becoming mainstream after all.

Following the enormous success of The Guild, Day was approached by Bioware, a game development firm, to turn its bestselling Dragon Age series into a live-action web show. Day, who is obviously excited about the project, says: ‘I feel like games are reaching a point where storytelling is better than TV and movies. You can live the novel.”

But it’s not all about cold, hard commerce. Day recounts an anecdote about an engineer who emailed her to tell her that she had inspired him to take up the violin again, after abandoning it during high school. ‘Art is important — you affect people’s lives,” she says. ‘If you’re in tech you can find artistry in what you do. We’re in a disruptive world — creativity is more important than ever.”

Dating apps have not killed dating

We are sexually omnivorous and not programmed for monogamy. But most of us prefer choosing one special somebody over an endless stream of nobodies.
Read more
Thought Leader

Alibaba and the $40-billion squeeze

The Chinese government tried to take on thriving online marketplace Alibaba, but owner Jack Ma beat the regulators at their own game.
Read more
Business

At last, television viewers in South Africa are being given real alternatives to the fare forced on them.
Read more
Sci-tech

The encryption genie is out of its bottle to give people back their privacy, but this is frightening world governments, writes Alistair Fairweather.
Read more
Sci-tech

No more fun and games