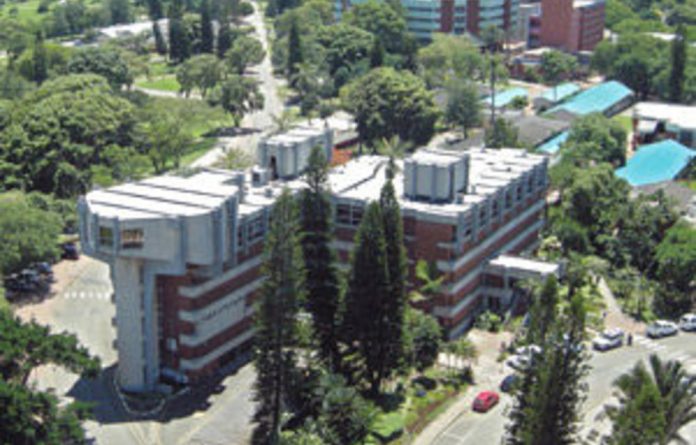 ‘It’s the talk of the town and everyone is smiling, from gardeners to senior managers,” said a University of Zululand (UniZulu) senior staffer this week. “Everyone except a few council members.”

The town is KwaDlangezwa, north of Durban, and the talk is of a hard-hitting report on UniZulu released this week that recommends the immediate dissolution of the council — a university’s supreme governing body — and the appointment of an administrator to perform its functions. Commissioned by Higher Education Minister Blade Nzimande, the report suggests a few powerful council members have undermined the academic mission of the university. It also suggests some members have used their governance positions to secure ­lucrative UniZulu business.

In the process, the report says, they have seriously undermined new vice-chancellor Fikile Mazibuko, making it impossible for her to “implement her strong and progressive plans … to restore the primacy of the academic programme”. “It is clear that council is usurping the role and functions of management [that is, the vice-chancellor and her executive] and assuming an operational role,” the report concludes. It recommends that Mazibuko and her executive should remain in place, even if Nzimande appoints an administrator to replace the council.

By law all councils must consist of at least 60% of external members, that is, not employed by the university. External members are usually well-established professionals in fields such as finance, law and business. A council determines and oversees a university’s overall mission and financial governance and usually meets four or five times a year. Operational management is the responsibility of a university’s executive, led by the vice-chancellor (who reports to the council); and a university’s academic mission is the responsibility of the senate.

The Mail & Guardian reported in November last year that Nzimande had invoked legislation to appoint an independent assessor who would report to him on “problems” that included “governance, financial management and procurement practices”. Nzimande chose Hugh Africa as the assessor. Africa, vice-chancellor for five years of the former Vista University and now at the Council on Higher Education, was assisted by Themba Mosia, registrar of North-West University, and Temba Zakuza, head of accounting at the University of Fort Hare.

Unizulu in trouble
UniZulu “is in serious trouble”, the assessors found. In a detailed section on the council, they concluded: “It is obvious that council operates in a world of its own, not recognising the collapse of systems and the maladministration that …. undermine the effective functioning of the university.” After interviewing a wide range of UniZulu personnel in December and January and perusing university documents, the assessors concluded that there are “gross irregularities” in financial management and procurement practices. “There is constant reference to the involvement of council members or their relatives in lucrative tenders and businesses,” the report said.

The report does not name individuals in connection with alleged financial irregularities but it expands on the subject by noting the “number of submissions made [to the assessors] and suspicions and concerns raised” by personnel across the whole university, “from the lowest level” to council itself.

“The volume of submissions and the explosive nature of the allegations call for further probing,” the report said. “We are convinced that this is fertile ground for serious financial irregularities”, including “allegations of undeclared interest by various parties ranging from council members or relatives to staff members”. Although the council had usurped operational functions, it performed these so poorly that the credibility of the university was at risk, the report said.

This is strongly evident in the dysfunctional office of the registrar, where problems include:

The report lashes the practice whereby “students are invited to apply for graduation” because it “poses a serious risk if the university does not know who is supposed to graduate until they [the university] are told … by the graduates that they qualify”. “It is inconceivable how such a practice could be perpetuated for such a long time,” the report observes.

Members of the university expressed jubilant enthusiasm for the report to the M&G this week. UniZulu’s student representative council (SRC), the majority campus union Nehawu, the Institutional Forum (the body at each university that monitors transformation) and academic and administrative staff said they hoped the report would help turn the university around.

SRC president Bongani Sithole said: “We welcome the report … There is jubilation on campus. These things in the report are the ones we have been complaining about, most recently to Parliament’s portfolio committee.

“The minister must act very fast, he mustn’t delay now. These are issues that directly affect us as students — they are under our roof.” Vice-chancellor Mazibuko said: “My main concern has been to restore the academic excellence of UniZulu and the sooner we can concentrate on that the better.”

Publication nerves
On Monday some members of UniZulu’s council threatened court action against Nzimande if he did not give them more time to comment on the assessor’s report before publishing it and before deciding whether to dissolve the council.

The report had already been published in the Government Gazette, but in correspondence the M&G has seen, attorneys acting for the council wrote a letter marked “Extremely Urgent” to Nzimande on Monday. It asked for 10 days’ grace for the council to comment on the report before it was published and before Nzimande “appoint[ed] an administrator (should you [the minister] so decide)”.

If not, the council would “proceed to the high court with an urgent application interdicting you from appointing an administrator and publishing the report”, the attorneys wrote.

Nzimande’s department replied that the report had already been published in the Government Gazette and that Nzimande had communicated this intention to the council the previous week. But the department granted the council 10 days for comment, setting 4pm on Thursday next week (April 7) as the deadline.

‘Spurious allegations’
Council chairperson Bheki Ntuli, an ANC member of the KwaZulu-Natal legislature, said the council would reply to Nzimande on “the many unfounded, untested and spurious allegations in the report”.

“The council’s preliminary view is that the report is one-sided, biased and procedurally flawed, not only because of the failure to engage the council and the cited individuals in respect to allegations made against them, but also due to the assessor’s failure to provide a basis for the many defamatory allegations made in the report.”

On council members’ business interests, Ntuli said the report “fails to provide a basis for making such serious and defamatory allegations”. “The blanket approach adopted in this regard where the entire council is painted as corrupt is not only grossly unfair but also unjustified,” he said. “The assessors … should have been responsible enough to indicate that they do not have the evidence to prove these allegations or where they have proof or evidence to support the allegations to indicate so.”

The council would not oppose forensic audits in cases where there were “compelling reason[s]”. But the assessors “simply do not have a right to make conclusions, as they seek to do, that council members have business interests in the university or are conflicted in the absence of any evidence,” he said.

There was also “no basis whatsoever” for the report’s finding that the council has completely sidelined the core academic mission of UniZulu. The council’s submission to the assessors “spelt out clear interventions and initiatives by council to enhance academic excellence within the university”.

The council communicated legally with Nzimande this week because of “procedural and substantive violations of legislation relating to the conduct of these investigations, as well as provisions of legislation pertaining to Just Administrative Action”, Ntuli said.