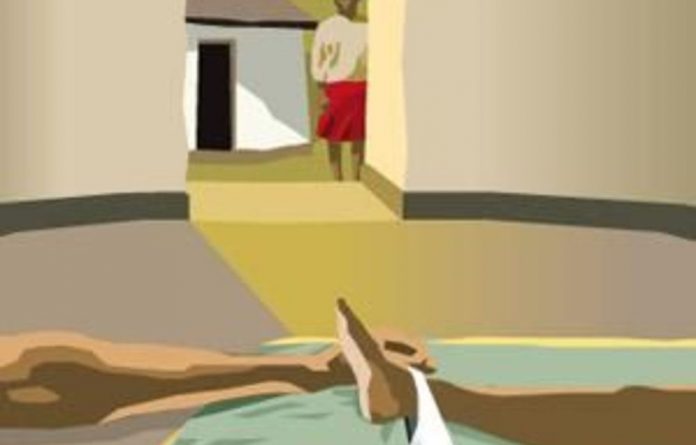 Ukuthwala, is a practice — illegal according to South African law — that involves a man and his peers setting out to compel a girl or young woman’s family to endorse marriage negotiations.

The tradition is practised mainly by Xhosa-speakers in the Eastern Cape and in parts of KwaZulu-Natal. Girls between the ages of 10 and 20 are taken against their will to a man’s home where she is forced to be his wife, and to have sex with him. The men are often more than 20 years older than the girls.

In the documentary, Ukuthwala-Stolen Innocence, launched earlier this month by the World Aids Campaign (WAC), a girl living in Lusikisiki in the Eastern Cape tells her story of being a victim of this practice: “The lady from next door called me and asked me if I wanted to get married. I said no. She said if I refused they would take me by force and beat me up.

“The next night the lady came to my house and took me to the river. There were seven people waiting there. They made me go with them to the house where the man lived. I couldn’t believe this was happening to me. That I was getting married.

“There was this old man in the room and he told me, ‘I paid cattle for you and whether you like it or not you are my wife.’

“He picked me up and put me on the bed and undressed me. He also got undressed and tried to force himself on me. I fought him but he pushed me down and forced my legs open. That’s when he slept with me.”

Linda Mafu, the Africa regional coordinator for the WAC, says: “There are many myths around HIV, one of which is that if you sleep with a virgin, you will be cured of HIV. This is part of the reason that older men, many of whom are already widowed due to HIV, are choosing girls as young as 12 for ukuthwala.”

Forum
The WAC has been working in the Lusikisiki area where 12 men have already been arrested for practising ukuthwala. However, none of the men has been convicted. The WAC is working with paralegal organisations, community groups, traditional leaders, the police and other stakeholders in the area to try to stop the practice by engaging with the men and parents in the area to see the harm that ukuthwala is doing to young girls in the area.

“We have established a forum of all partners in the area. We have met with the chiefs and the king in the area, who are working with us to take this issue forward. We are trying to get people to see that this practice places young girls at risk for HIV. They are forced to have sex with men who may already be infected or who have multiple concurrent sexual partners. This increases their risk,” said Nombasa Gxuluwe, WAC Eastern Cape coordinator.

The documentary will be used by the WAC as an advocacy tool to educate people about ukuthwala and to put an end to the current form in which it is carried out. “Seeing the work that the WAC does is truly impressive. They go into an area with an understanding of the traditions and listen and try to change perceptions to protect the sexual and reproductive health of these girls,” said Fiona Summers, director of the film.

Over the years the practice has changed dramatically. It was against customary law for the young man who “thwalaed” the girl to have intercourse with her and was never intended for minors. Ukuthwala was traditionally intended for people of the same age group who, in the normal course of events, would have been expected to marry each other.

Sometimes the girl would be caught unaware but, in many instances, she would be caught according to plan and an agreement between her parents and the groom’s parents. A friendly relationship would then be established between the two families and the status of the girl was immediately elevated to that of a young wife and some cattle would be paid to the girl’s father as lobola.

Ukuthwala would be used in order to force the father of the girl to give consent for the marriage, to avoid the expense of a wedding and the payment of lobola, or to hasten the marriage if the woman was pregnant.

The traditional practice of ukuthwala is being abused to justify the abduction and rape of young girls, according to the South African Commission for Promotion and Protection of the Rights of Cultural, Religious and Linguistic Communities.

Government should rather concentrate on prosecuting the paedophiles who hide behind this custom instead of abolishing it, says the commission. Thoko Mkhwanazi-Xaluva, a commissioner, said: “What we see today is not ukuthwala but criminal activity.”