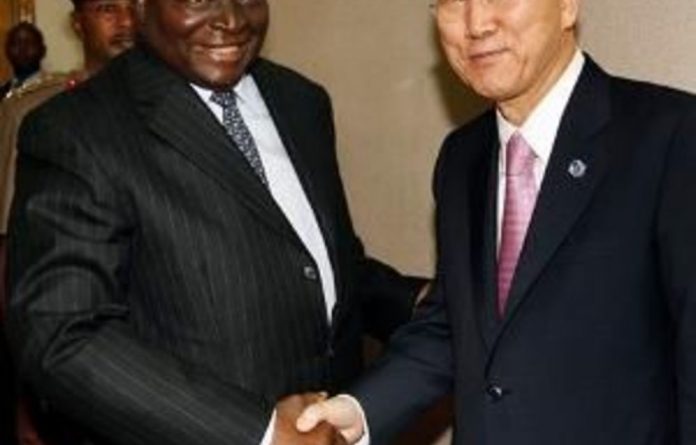 A local tribunal would not be a credible mechanism to try Kenyan post-election violence suspects because the wealthy political elite would manipulate the court, Kenya’s “Iron Lady” Martha Karua said on Monday.

Six top suspects are due at the International Criminal Court (ICC) later this week, a move that has intensified infighting in the fractured coalition government as many members, including President Mwai Kibaki, want local trials.

Karua, known as the Iron Lady for tackling all-comers in a male-dominated political landscape, was the only lawmaker who stood against a tide of members of parliament who voted to pull Kenya out of the ICC. She said the summonses were a signal to leaders that they cannot hide from taking responsibility for their actions.

“I’m sure the tribunal they have in mind is not a credible mechanism,” Karua, a presidential aspirant at next year’s election and one of a handful of Kenyan ministers who have quit their posts on principle, said.

“They would rather that the process was within their control, that you determine who is your judge, who is your prosecutor … so, when you hear ‘local tribunal’, this does not mean a credible local tribunal,” she said.

More than 1 220 people died and 350 000 were displaced, severely denting the east African country’s reputation for stability in a turbulent region.

A peace deal signed by Kibaki and Odinga to end the fighting said those responsible for violence would face justice, and the cases were eventually taken up by the ICC after lawmakers shot down a proposal to set up a local court to try the cases.

Latest opinion polls show most Kenyans back the ICC trials.

Rich boys club
Karua grabbed headlines with her vociferous defence of Kibaki’s disputed 2007 election victory. Her standing rose further after she quit as justice minister over diverging views on reforms.

Karua, who once walked out on Kenya’s former President Daniel arap Moi at a public function, has since criticised Kibaki for doing little to resettle those uprooted by the fighting, many of whom still live in tented camps that litter the Rift Valley.

“This is a government of the rich, by the rich, for the rich. It is a total distortion of democracy and we as Kenyans must resist this … it’s a rich boys club,” she said.

Key among the suspects are Finance Minister and Deputy Prime Minister Uhuru Kenyatta, son of Kenya’s founding father Jomo Kenyatta, and William Ruto, the higher education minister who has been suspended to fight a corruption case.

Odinga on the outs
Kenya’s wealthy and powerful ruling class is backing a Kenyatta-Ruto ticket to succeed Kibaki and block Odinga from the presidency he covets, say analysts. Some political commentators say Kibaki is also trying to block the cases to protect his own legacy.

“The fact that the ICC has issued summonses is a signal to the six, and to all of us in leadership, that even if a country shields offenders, international processes can still get you,” said Karua, a lawyer by training.

“We are used in Kenya, at least a section of the elite, to manipulating the courts,” she said.

“We have seen corruption trials that go in circles and end up thrown out or are paralysed forever. Whether the six are convicted or acquitted is not the issue, it is that due process and justice is not only done, but seen to be done.” – Reuters