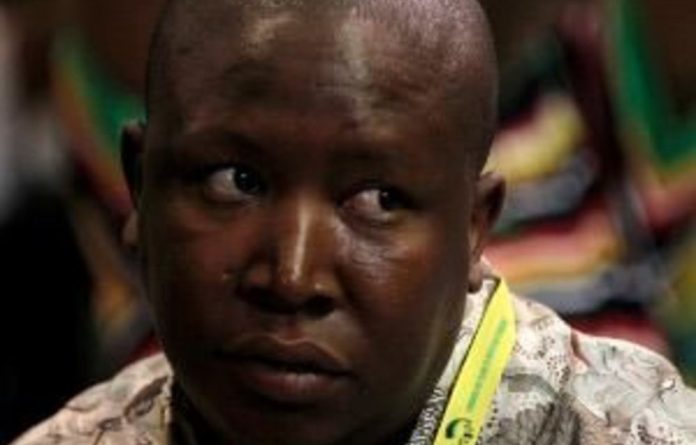 The press ombudsman on Monday denied an African National Congress Youth League (ANCYL) request for a probe into the Star and Daily Sun newspapers’ use of incorrect quotes attributed to Julius Malema.

ANCYL spokesperson Floyd Shivambu wrote to the ombudsman requesting that he “consider and investigate” who was responsible for inserting the incorrect quotes into the story.

It also wanted to know why the Daily Sun claimed it spoke to African Eye News Service reporter Matome Sebelemetja when it did not and why the reporter was fired before an investigation into who had inserted the quotes.

“The Star and the Daily Sun have conceded that they were in breach of the code and have apologised. There is no need to go over that ground again,” Thloloe said.

“It is the newspaper as a whole that has to take the blame. Our findings are not against the individual reporter, news editor, subeditor, revise sub-editor or the editor on duty — all the people through whose hands a story has to pass before it is printed.

“It is for the newspaper to investigate its systems … It is for the publication to take disciplinary action if it deems it appropriate.”

He said the newspapers had apologised for using the story from the news agency, which they regularly used.

“Using copy from news agencies is common in the media the world over. The agencies also have their internal gatekeeping systems.”

He said the reporter concerned had sent the ombudsman a “version of the events” and he had been advised to send it to his editors.

“… [But] African Eye editor Sharon Hammond reportedly says the reporter has been evading the agency’s attempts to contact him.

“This, after he had promised to fax African Eye a copy of his notes. If Mr Sebelemetja wants to contest his dismissal, he may do so with agencies [such as the Commission for Conciliation, Mediation and Arbitration].

“Intervening in relations between employer and employee is not in our mandate.”

Thloloe said the ANCYL was not justified in using the story to attack the media self-regulatory system, which had been endorsed by the African Union in its 2002 Declaration of Principles on Freedom of Expression in Africa.

Shivambu said the Star had blamed Sebelemetja for the error, but that he had distanced himself from the allegations.

“As things stand, there is no clarity as to who and when the additional wrong quotations were inserted into the story before publishing,” Shivambu said.

“The ANCYL is fully aware of the apology made by the Star newspaper and noted it. We are, however, of the strong conviction that a thorough forensic investigation should be made to determine where the quotations came from.

“These issues should be investigated thoroughly because they violate media ethics and possibly media’s code of conduct.

“We raise this issue because, in the story that was published, the Star newspaper further agitated for disciplinary action to be taken against [the] ANCYL president and linked their story to the incoming 24th national congress of the ANCYL.

The Star and the Daily Sun apologised for the story last week and blamed African Eye, which supplied the story.

Hammond, in turn, blamed Sebelemetja. She said that although he initially claimed to have notes of Malema’s comments, he had failed to produce them.

However, Sebelemetja, has reportedly said his original report did not contain the contentious quote. Hammond said it was dictated to sub-editors over the phone later.

The Star newspaper quoted Malema as saying: “Since he got into power, comrade Zuma has been surrounded by bad advisers”.

In its apology the newspaper admitted that Malema had not referred to Zuma and “unreservedly” apologised to Malema for “whatever embarrassment” he was caused by the report. – Sapa