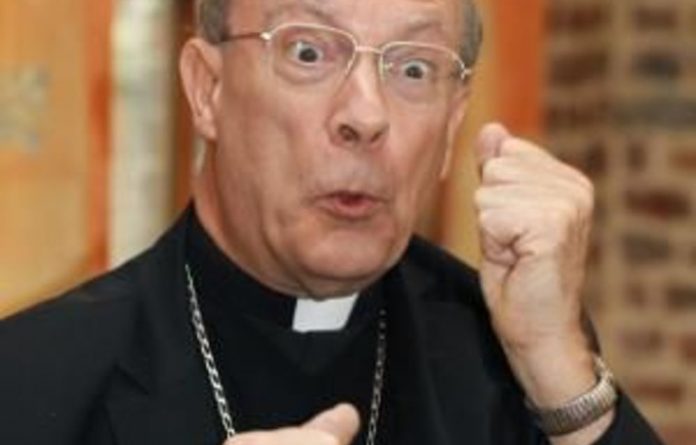 Posted on YouTube on Wednesday by practical joker “The Glooper”, who has already successfully targeted French President Nicolas Sarkozy and billionaire Microsoft founder Bill Gates, the clip was filmed during a speaking engagement at the Catholic University of Louvain-la-Neuve, near Brussels.

It is the second time the archbishop has been targeted.

Leonard enraged gay activists last year when he suggested Aids stemmed from the wrath of God, labelling the disease “a sort of intrinsic justice”.

One of those who ran up and slapped a custard pie in Leonard’s face told Belgian media it was done “for all those homosexuals who daren’t tell their parents they are gay, for all those young girls who want to have an abortion; he absolutely deserved it”.

The Belgian Catholic church is facing calls from lawmakers to compensate victims of a massive child sex abuse scandal going back decades, with more than 500 cases documented by a church-backed commission last year. — AFP