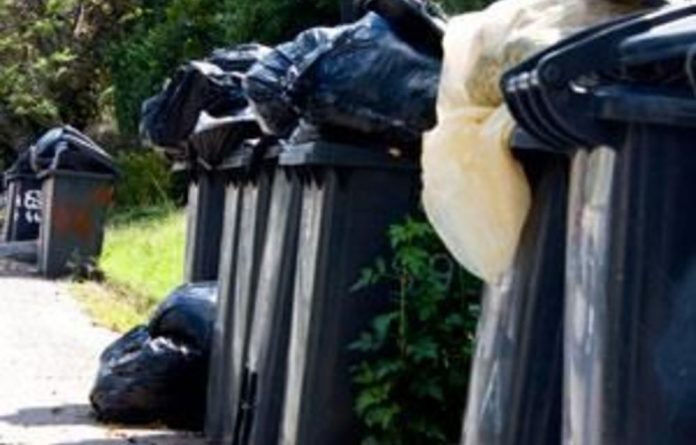 The SA Municipal Workers’ Union (Samwu) on Thursday threatened to approach the Public Protector about alleged corruption at waste management agency Pikitup if its demands were not met.

“We will approach the Public Protector on matters of corruption, nepotism and irregular tenders should our disputes with Pikitup not be resolved,” said Samwu spokesperson Tahir Sema.

“We have given the city manager some reasonable time and space to make an intervention, and if that fails, we will approach the special investigations unit,” he said.

His comments follow a meeting between Samwu, politicians and the Johannesburg city manager on Wednesday.

Sema said Samwu had in its possession documentation detailing allegations against Pikitup amounting to hundreds of millions of rand.

“Should management not agree to meet with us … we will be forced to make available to the public all [this] documentation … We strongly advise Pikitup to come sober-minded to the negotiating table and address workers’ concerns,” said Sema.

Pikitup workers went on strike on Thursday morning, after a go-slow at certain depots earlier in the month.

The union is demanding, among other things, that an internal investigation be commissioned into alleged corruption and irregular tenders.

‘Faulty tender’
Samwu has in addition demanded that Pikitup’s managing director be suspended, pending an investigation.

Sema said an example of a “faulty tender” was one worth R1-million given to an external trucking company.

“The proper procedures were not followed. Our service providers were not even given an opportunity to apply for the contract because the managing director instructed that it go to that company,” he said.

He said workers doing the same jobs were also not being equally paid.

Money was also being wasted on contract workers, who should be made permanent, he said.

Samwu claimed that certain managers and executives of Pikitup, the city’s official waste management service provider, were being intimidated for supporting the union’s calls for a probe.

He said that although city manager Mavela Dlamini had made proposals to Samwu at Wednesday’s meeting, they did not fully meet the union’s demands.

“We have indicated that our key demands must be met,” he said.

Workers gathered in Joubert Park for feedback on Wednesday’s meeting.

Pickets were planned outside a number of Pikitup depots in the day.

Pikitup asked residents whose rubbish was not collected to be patient, and to keep it inside their yards. – Sapa