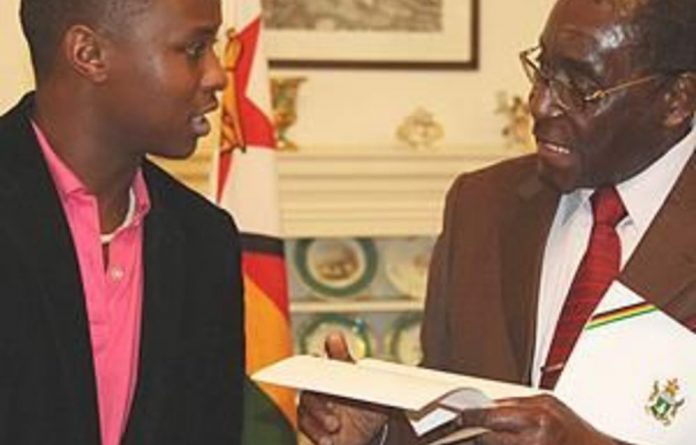 Hundreds of bodies exhumed from a disused mine in Zimbabwe have turned into fodder for President Robert Mugabe’s propaganda, despite the mystery over the skeletons that may have lain for decades.

Since early March, state television has shown Mugabe supporters pulling bones from the mine and hauling them off in plastic bags and old sacks.

The pictures also show the site being used to encourage people to sign a petition against the travel ban and asset freeze on Mugabe and his inner circle.

Mugabe’s Zanu-PF party claims the remains are of victims of the 1970s liberation war against the white-minority Rhodesian regime led by Ian Smith, when an estimated 30 000 people died.

Others have cast doubt on that claim, saying the victims may have been killed by Zanu-PF forces during one of the many waves of repression that have swept Zimbabwe since independence in 1980.

The Fallen Heroes Trust, a previously obscure group aligned with Zanu-PF, says 640 bodies have been pulled out and thousands more could still lie in the mine near the northern town of Mount Darwin.

George Rutanhire, who heads the group, says the mass grave was known since the 1980s, but the remains were never exhumed.

“There were no resources, people had also not organised themselves to carry out the exhumations,” he said in state media. “The reason why we are exhuming them now is because gold panners were now vandalising the mine shafts in search of gold so we had to take action.”

But others in Zanu-PF say the grave was found only in 2001.

‘Cheap political gain’
Prime Minister Morgan Tsvangirai, Mugabe’s partner in a shaky unity government, said on Wednesday that the grave could include victims of a 1980s army campaign that left 20 000 minority Ndebeles dead in a purge of Zanu-PF rivals, mainly in southern Matabeleland.

“We have recently witnessed the exhumation of dead bodies in one corner of the country for cheap political gain,” Tsvangirai said at a memorial service for his party’s activists killed during the bloody 2008 presidential election.

“There are graves in Matabeleland [and] the Midlands provinces,” Tsvangirai said. “Innocent victims of a senseless and systematic genocide and we all wonder whether the current exhumations will spread to that corner of the country as well.”

The Zimbabwe African Patriotic Union (Zapu), a small mainly Ndebele party, accuses Mugabe of using the grave as a ploy to remind people of his past as a liberation hero in the run-up to elections expected later this year.

“Zapu believes the exhumations have been engineered by Zanu-PF to stir emotions among the people for its own political mileage as we go towards elections,” Zapu spokesperson Methuseli Moyo said. “We are in the process of organising a parallel process of exhuming the remains of our members to counter Zanu-PF’s attempts to distort history.”

Experts say it might now be impossible to correctly identify the bodies because professional forensics experts have not had access to the site.

“This is a crime scene and exhumations require professional forensic expertise to enable adequate identification, determination of cause of death and criminal investigations,” said Michelle Kagari, Amnesty International’s deputy director for Africa.

“If the Zimbabwe government does not have the capacity to undertake these exhumations properly, it must ask for international cooperation and assistance to ensure that forensic experts can undertake the exhumations.” — AFP