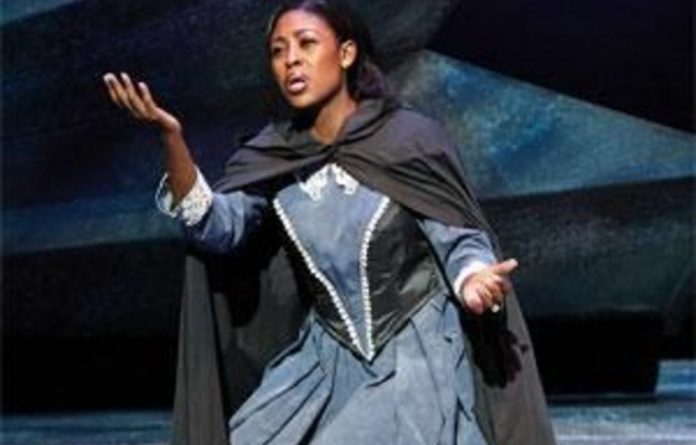 Opera Africa is helping to keep the flame of opera burning in South Africa and the Gauteng-based company is following up last year’s two successful productions with its first offering for 2011, George Bizet’s Carmen.

The French composer’s masterpiece, arguably the world’s most enduringly popular opera, is playing at the Joburg Theatre until April 10 after moving from Pretoria’s State Theatre in March.

Bringing the house down
The antithesis of the stereotypical rotund opera tenor, Stewart is the complete package, combining enviable good looks, a noble stage presence and a powerful, well-controlled voice. He brought the house down with Don José’s Flower Song aria in the second act, which tells of his anguished love for Carmen.

Stewart began his music career in the choirs of his native Harlem, New York.

Nassif makes an immediate impact on stage in her first-act appearance, singing the famous Habanera, with its sultry descending chromatic melody, one of the most recognisable in the world of opera. Embodying a convincing Carmen requires a certain recklessness to bring the character to life, seeking her own freedom and brushing aside concerns about love and stability. Nassif’s Carmen is fickle and wily.

Backing up the leads is a talented group of South Africans, the best of which is probably our most promising young soprano, Kelebogile Boikanyo, who shone in both Opera Africa’s 2010 productions, La Boheme and La Traviata, and has recently appeared on stage with the Johannesburg Philharmonic Orchestra (JPO), singing Beethoven and Mahler.

Boikanyo brings a sweet innocence to the role of Micaëla, the third point of the tragic love triangle that drives the narrative forward. Her clear bel canto soprano voice contrasts perfectly with Nassif’s darker, harsher mezzo.

Masculine gusto
Also going from strength to strength is baritone Ntsikelelo Mali, who takes the role of bullfighter Escamillo, who competes with Don José for Carmen’s affections. His second-act entrance, singing the Toreador song (Votre toast, je peux vous le rendre) had drama and the right amount of masculine gusto.

Young for one in his profession but climbing the ranks quickly is American conductor Timothy Myers, who brings vigour to his leadership of the JPO. Bizet’s exotic rhythms and musical colours, considered scandalously outlandish at the opera’s debut, flourish under his baton.

Rounding off the American influence is stage director James Marvel, who was born in New Orleans and makes his first professional appearance on our stages. His work convincingly ties together the multiple elements of a busy production like this: the soloists, chorus, dancers and scenery.