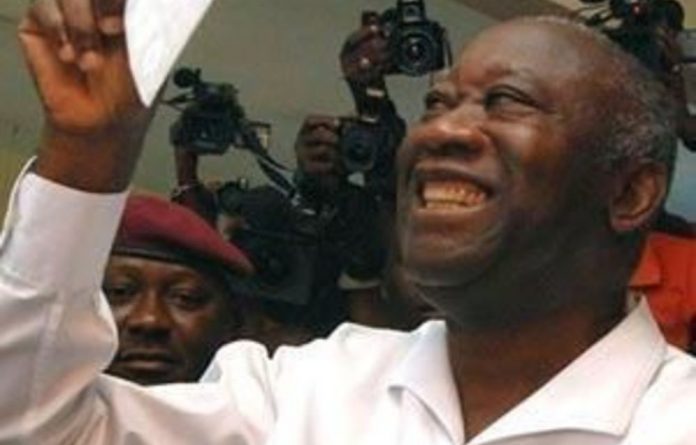 Former Côte d’Ivoire strongman Laurent Gbagbo will not step down despite being besieged and trapped in a bunker under his Abidjan residence, one of his advisors said on Friday in Paris.

“He won’t resign,” Toussaint Alain told reporters. “He’s secure in the presidential chair. He won’t budge. Laurent Gbagbo is in the land of his forefathers. It won’t be today that he abandons his people and leaves.”

Meanwhile, United Nations (UN) investigators have found more than 100 bodies in the past 24 hours in western Côte d’Ivoire, including some who appeared to have been burnt alive in ethnically driven attacks, the human rights office said on Friday.

The fresh evidence of massacres came as UN relief agencies called for humanitarian corridors to secure aid access to tens of thousands of people throughout the violence-hit West African country.

They also warned of the risk of mass outbreaks of disease including cholera in Abidjan, which was locked in a “dire” humanitarian situation and running out of water, UN officials said.

“The human rights team investigating … in west Cote d’Ivoire found more than 100 bodies in the past 24 hours in three locations,” said Rupert Colville, spokesperson for the UN High Commissioner for Human Rights.

“All the incidents appear to have been at least partly ethnically motivated,” he added. The killings are thought to have taken place in the last days of March.

“Some of the victims seem to have been burned alive and some corpses thrown down a well,” Colville told journalists.

‘Certain escalation’
The discovery followed earlier evidence of at least two other incidents last month in the area of Duekoue, including a mass grave containing nearly 200 bodies, according to UN officials.

Colville said that in recent hours about 40 bodies were found in Blolequin, west of Duekoue, where the “perpetrators appear to be Liberian mercenaries”.

“The team also went to a nearby town of Guiglo, where they saw more than 60 bodies,” he said, including non-Ivorians from other West African countries.

Another 15 bodies were also found in Duekoue, after they were killed when supporters of internationally recognised president Alassane Ouattara took over the town.

“I think one has to be a little bit cautious of assigning responsibilities,” Colville added, underlining that the political stand-off between supporters of presidential rivals Laurent Gbagbo and Ouattara had grafted on to ethnic tensions in the region.

“Certainly there has been an escalation in the past two weeks,” he said.

Humanitarian sources speaking on condition of anonymity told Agence France-Presse that UN peacekeeping troops were in the immediate area when killings took place last month and had not intervened.

‘Situation is very dire’
Asked if the UN peacekeepers in Côte d’Ivoire could intervene to protect civilians in the west, UN spokesperson in Geneva Corinne Momal-Vanian said resources were “stretched to the limit”.

“At the moment the situation is very dire in Abidjan,” she told journalists.

In a statement, the UN mission in Côte d’Ivoire underlined that the “mandate for the protection of civilian populations will be applied everywhere.

“The same strong measures will be applied wherever heavy weapons are used against civilian populations, in accordance with resolution 1975,” it added.

UN Children’s Fund (Unicef) and the World Health Organisation warned of the threat of mass outbreaks of disease in Côte d’Ivoire, including the risk of a resurgence of a deadly cholera outbreak in Abidjan with a growing water shortage in the city.

‘No news’
Concern was also growing for about 3 000 Malian migrants, including women and children as well as people reportedly with machete and bullet wounds, who have been out of reach in Mali’s mission for two weeks.

“We have tried desperately to contact those Malians in the embassy, we have no news”, since last Wednesday, said International Organisation for Migration spokesperson Jean-Philippe Chauzy.

UN relief agencies appealed for humanitarian corridors in Côte d’Ivoire to ensure safe access to thousands who have fled and ease aid deliveries from Liberia and Ghana.

“It’s an appeal to all the actors on ground. We need to have a security situation that permits our trucks to get through,” explained Emilia Casella, a spokesperson for the UN’s World Food Programme.

About 150 000 Ivorians have sought refuge in 12 West African countries, including 135 000 in Liberia, the UN High Commissioner for Refugees said. — AFP