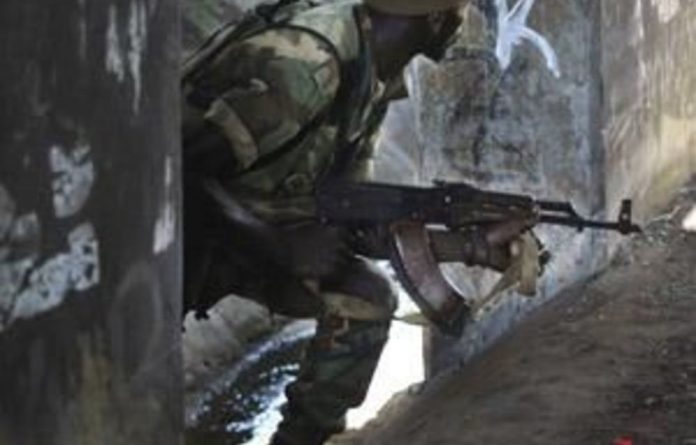 Ivorian leader and former president Laurent Gbagbo wanted to use the South African embassy in Abidjan as a possible venue to negotiate his exit, government sources told the Mail & Guardian this week.

The South African government also considered offering Gbagbo asylum in South Africa, but the idea was rejected because South Africa did not want to be seen to be interfering in the process already taking place.

High-level meetings were hastily convened this week in Pretoria when Gbagbo, through his emissaries, requested a safe and neutral venue at which to negotiate his abdication of power. However, the plan fell through due to renewed exchanges of fire at the presidential palace, which is heavily protected and where Gbagbo is sheltering in a bunker.

“We had a request from his people that he wanted to negotiate at a different venue [than the palace] and he was considering our embassy. But in the end, he didn’t move,” a South African government official told the M&G.

Although Gbagbo appears willing to negotiate, forces concentrated around his rival, Alassane Ouattara, apparently told him that they were now going for broke and that the window of opportunity for negotiations had closed. Gbagbo’s army chief sought refuge at the South Africa embassy last week, but left on Sunday for an unknown destination.

Although most embassy staff have been evacuated from Abidjan, ambassador Zodwa Lallie is still in the city because of the security threat posed by fighting taking place in the streets. Evacuations are taking place by air, International Relations and Cooperation Minister Maite Nkoana-Mashabane told reporters this week.

Outside pressure
South Africa had to reject the original evacuation plan — to move citizens out using the SAS Drakensberg, which was in Ivorian waters for several days because of pressure from Nigeria, the South African government sources said.

“When it came out in the media that the SAS Drakensberg was there, we couldn’t keep her there for an unspecified time, so we had to leave [Ivorian waters],” the source said.

At the meetings in Pretoria, South Africa decided to adopt a wait-and-see approach instead of actively intervening. Sources said consideration was given to the possibility of giving Gbagbo a safe haven in South Africa, but in the end it was decided the country should allow the United Nations and the African Union to take the lead.

Gbagbo caught France and the rest of the world by surprise on Wednesday when he refused to surrender, accused Nicolas Sarkozy of an assassination plot and defiantly held out as rebels attempted to storm his underground bunker.

French ministers had predicted with confidence that he could cede power within hours, ending the West African country’s four-month crisis. A TV station run by Ouattara played clips from Downfall, the German film about the final days of Adolf Hitler in his bunker in Berlin. But France, the former colonial power, was yesterday forced to admit that negotiations for Gbagbo’s surrender had collapsed. Troops loyal to Ouattara launched a ferocious assault on his presidential residence but met with unexpectedly stiff resistance.

Gbagbo told French TV channel LCI that his army had merely called for a cease-fire, not surrender. “I’m not a kamikaze,” he said by phone. “I love life. My voice is not the voice of a martyr, no, no, no, I’m not looking for death. It’s not my aim to die. For peace to return to Ivory Coast, I and Ouattara, the two of us, have to talk.”

Seeking shelter
Later, he told a French radio station: “I am in the residence, the residence of the president of the republic. When it rains, can’t one take shelter inside one’s house? We are not at the negotiating stage. And my departure from where? To go where?” Gbagbo’s characteristic play for time dashed hopes that the conflict, which is causing a humanitarian crisis, was all but over. Instead, there was still a frantic search for food and water in Abidjan and the stench of corpses in the streets.

“The fighting is terrible here, the explosions are so heavy, my building is shaking,” Alfred Kouassi, who lives near Gbagbo’s residence in the commercial capital, told Reuters. “We can hear automatic gunfire and the thud of heavy weapons. There’s shooting all over the place. Cars are speeding in all directions and so are the fighters.”

French Foreign Minister Alain Juppe said fighting had resumed after talks led by the UN and France to secure Gbagbo’s departure had failed. “The negotiations which were carried out for hours yesterday between the entourage of Laurent Gbagbo and Ivorian authorities have failed because of Gbagbo’s intransigence,” Juppe told Parliament in Paris, adding that “words have given way to weapons”. Gbagbo, who has ruled Côte d’Ivoire since 2000, resisted pressure to sign a document renouncing his claim to power.

His spokesman, Ahoua Don Mello, said: “If Gbagbo has refused to sign the documents they [the UN and France] presented to him yesterday, it is because they proposed something that had no legal and judicial basis.” France’s intervention in support of extraordinary UN air strikes on Gbagbo’s arsenal on Monday night infuriated the incumbent leader, who blames Paris for supporting the north of the country in the 2002-2003 civil war.

“France will be held responsible for the death of President Gbagbo, his wife and family members and all those who are inside the residence, which is being bombarded by the French army.” — Guardian News & Media 2011