Intelligence boss Njenje could be on his way out 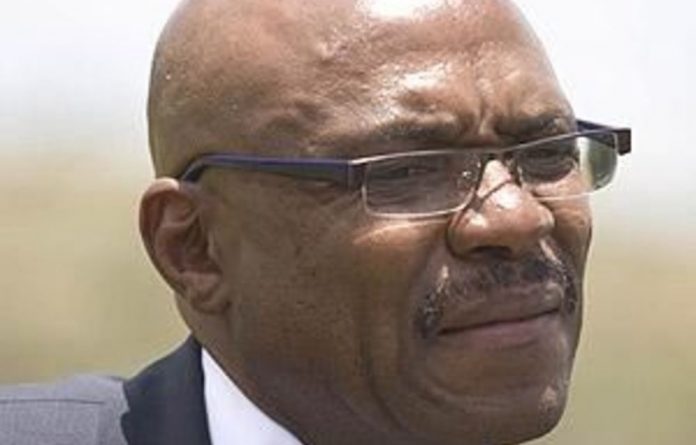 National intelligence Agency (NIA) director-general Gibson Njenje is believed to be on his way out, less than two years after he was appointed by President Jacob Zuma to the position following his removal from the NIA under former president Thabo Mbeki.

The Mail & Guardian learnt in April of Njenje’s imminent departure from three independent sources, two from within the NIA and one outside it. Intelligence sources alluded to growing unhappiness between Njenje, Minister of State Security Siyabonga Cwele and Zuma over political concerns, but none of the rumoured details could be confirmed.

It is also unclear when Njenje is intending to leave the NIA, but he told trusted staff members at the agency in April that he intends quitting his position, according to the M&G‘s sources.

The M&G met Njenje in his Pretoria office in April, but he refused to answer most of the questions posed to him, leaving the task to state security spokesperson Brian Dube who was also present at the interview. Dube would neither deny nor confirm rumours that Njenje was on his way out of the NIA. All he would say was that Njenje was still at work now and was performing the tasks that he was expected to. Dube also denied any rift between Njenje, Cwele and Zuma.

“To claim that things have not worked out between Njenje, the minister and Zuma is not only untrue, it is a fabrication of the highest order. He [Njenje] continues to do his work. He has the confidence of both the minister and the president. We continue to do the core business of our work,” said Dube at the time, pointing out that any question about Njenje leaving the NIA would be entertained only when the appropriate time came.

Continuation of turf wars
Zuma’s spokesperson, Zizi Kodwa, told the M&G that he was not aware that Njenje was intending to leave the NIA. However, observers say his imminent departure is an indication of deep-seated tensions in the NIA.

It is also likely to raise fear of a continuation of turf wars and the abuse of the state security establishment by government leaders to advance their own political agendas. Major divisions tore apart the NIA ahead of the ANC’s 2007 elective conference in Polokwane, with some of its officials backing Mbeki and others Zuma for leadership of the ANC.

Njenje, who previously served as NIA head of operations, was suspended, along with former spy boss Billy Masetlha in 2005. This followed an investigation by the inspector general of intelligence, who found that he had acted inappropriately after taking part in the unauthorised surveillance of former ANC national executive committee member Saki Macozoma.

Njenje initially tried to challenge the suspension, but resigned after reaching a settlement with former intelligence minister Ronnie Kasrils in November 2005. Zuma’s decision to repay a political debt by appointing Njenje as boss of the NIA in 2009 caused unhappiness in some government and ANC quarters.

There was particular concern about his involvement in Bosasa, the Krugersdorp-based facilities management company that had been investigated by the Special Investigating Unit in connection with the rigging of correctional services tenders. Njenje was the non-executive chairperson of Bosasa before joining the NIA for the first time. He resigned his directorships in 2002 when he started working for government, but rejoined the Bosasa board in May 2009. He resigned from Bosasa after his reappointment in October 2009.

Njenje told the M&G this week he held no shares in Bosasa and was not part of the investigation that was currently being carried out by the SIU. He said he had resigned his directorships in most of his companies and had declared his business interests in other companies to the government. “The assertion that you are making that I hold shares in Bosasa is nonsense. “I never held shares in Bosasa. I was there as the chairman of the company,” said Njenje.