‘We are moving corpses’ 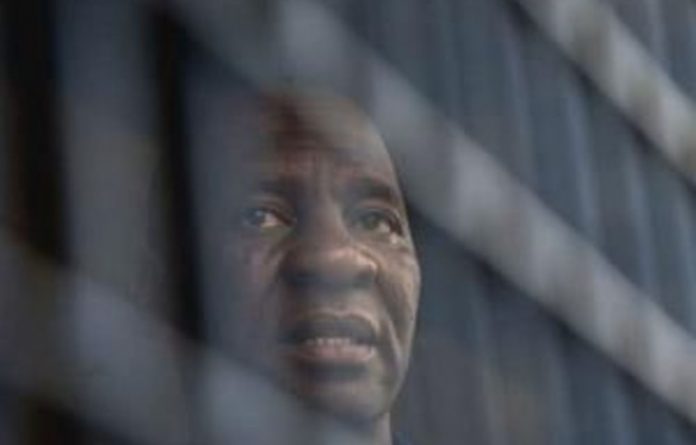 Israel Mdlalose sits alone in the gloom of his mother’s house; he’s 45 years old, unemployed and haunted by memories of imprisonment and torture at the hands of the apartheid security forces.

Mdlalose says he was an internal Umkhonto weSizwe operative working under cover in Kagiso township in Krugersdorp in the mid-1980s and that he was incarcerated over a five-year period in a string of Gauteng prisons.

“We were detained, tortured, then released without any counselling … we are moving corpses,” he says. “One feels robbed of the days of one’s life. I could be married by now, having kids, but there is no such. Time wasted is never regained. You feel betrayed.”

On the table in front of him is a copy of last week’s Mail & Guardian, open at the story about an Umkhonto weSizwe Military Veterans’ Association (MKMVA) leader’s personal stake in the Gupta business empire and the organisation’s string of investments.

“The money from these investments,” says Mdlalose, jabbing a finger at the page, “they go nowhere, and this guy,” more jabbing at the accompanying photo of the association’s treasurer general, Johannes “Sparks” Motseki, “he knows it.”

Mdlalose laughs bitterly at the “Kentucky Fried Chicken culture” of the MKMVA: “When you go to a meeting with some comrades to ask crucial questions, KFC appears. While you are eating, you see the cars [of the leaders] leaving.”

Mdlalose says he has not seen any of the money invested by the association in the veterans’ names and suspects he may “rot” before he receives his long-awaited pension.

He says he was promised an RDP house in a new development in Kagiso that now houses many out-of-towners and that he resigned his MKMVA membership a month ago in disgust. Information about the association’s activities does not appear to reach the rank and file.

Peter Oupaki Rammekwa (49), who says he was also an internal MK operative in Kagiso, heard for the first time on Wednesday this week that the association was unveiling a tombstone for his former area commander, Odirele “Kid” Maponya, in Mamelodi that morning. “Maponya recruited me, we fought in the very same unit, but we haven’t been invited today,” says Rammekwa.

He says he was arrested in 1986 during an attack on an apartheid informer’s house in Kagiso. Kept in solitary confinement in Carletonville prison for seven months, his hair grew down to his shoulders and his fingernails curled into claws. He says he forgot how to read and write and even forgot his own name.

Rammekwa was eventually convicted on terrorism charges and was sent to Robben Island where he performed cooking duty for the likes of current Cabinet ministers Jeff Radebe and Tokyo Sexwale and national police commissioner Bheki Cele. “The movement was grooming leadership in prison and we were happy about that, but what we hear about some of these leaders today amazes us,” Rammekwa says.

Sexwale is now one of South Africa’s richest men, while Rammekwa says he earns R500 a week driving someone else’s Quantum taxi through the streets of Kagiso to support his four children.

Like Mdlalose, Rammekwa’s veterans’ pension has not yet been approved. “For me at this time, it’s like MKMVA doesn’t exist. I get nothing from them,” he says.

Talk turns to the role MK veterans played in propelling Jacob Zuma through his legal troubles and into power. “It is very simple to get veterans’ support in their unemployed situation. You invite them to your home, give them a feast, put them into 22 taxis and drive them to Polokwane to support Zuma,” Mdlalose says.

“So far, we have not seen any benefit. The chosen few, maybe, and I do not know what they got for it. We are like a condom that you use and then throw away.”

Another problem former MK cadres such as Mdlalose and Rammekwa face is the veterans’ verification process. The dispersed and clandestine nature of the armed struggle within South Africa means that the process is flawed and open to abuse.

Neither man has been formally verified, although they insist that any verified fighter within their former command area could do so quickly and easily.

The M&G Centre for Investigative Journalism, supported by M&G Media and the Open Society Foundation for South Africa, produced this story. All views are the centre’s.www.amabhungane.co.za.