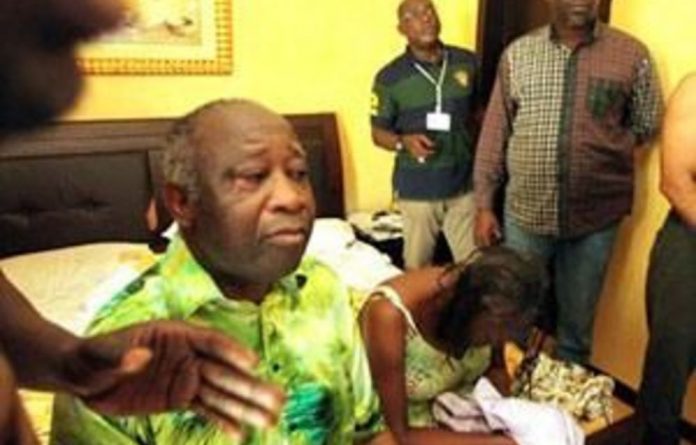 Côte d’Ivoire’s internationally recognised president Alassane Ouattara called for peace after his rival was arrested with the help of French forces, but he faces a huge task reuniting a country shattered by civil war.

Ouattara, who won a November presidential election according to United Nations-certified results, can finally begin asserting his authority over the West African country after Laurent Gbagbo was captured on Monday — ending more than four months of stand-off that descended into all-out conflict.

Gbagbo, who had refused to step down after 10 years in power, was arrested after French forces in the former colony closed in on the bunker where he had been holed up for the past week, and placed under the control of Ouattara’s forces.

That leaves Ouattara as the sole leader in charge of the country, although many analysts say it may not be enough to end the fighting that has bloodied the world’s top cocoa grower over the past few weeks.

“I call on my fellow countrymen to abstain from all forms of reprisal and violence,” Ouattara said in a speech on his TCI television late on Monday, calling for “a new era of hope”.

“Our country has turned a painful page in its history,” he said, urging marauding youth militias to lay down their weapons and promising to restore security to the battered nation.

Ethnic violence has festered during Ouattara’s lengthy tug-of-war with Gbagbo, particularly in the west of the country, with hundreds of people killed as both sides to the conflict committed atrocities against civilians, aid groups say.

Ouattara said Gbagbo, his wife and aides who have been detained will face justice. But he also promised a South African-styled Truth and Reconciliation Commission to shed light on all crimes and human rights abuses.

Security vacuum
In the commercial capital Abidjan, where people have been trapped in their homes with little food or water as fighting raged for 10 days, Ouattara faces a more immediate challenge.

Dwindling supplies as well as frequent power cuts and a shortage of medicines have fuelled fears of a humanitarian disaster unless authorities can act swiftly.

Ouattara called for calm and said he had asked his police and gendarmerie forces as well as UN and French troops to help restore security.

Gbagbo, looking submissive and startled, briefly spoke on Ouattara’s TCI television and called for an end to the fighting after his arrest.

But it is not clear whether pro-Gbagbo militias, who promised to fight to the bitter end and still control parts of Abidjan, will heed calls to lay down their weapons. Nor was it clear if the 46% of Ivorians who voted for Gbagbo in the election will accept his defeat.

“Ouattara has to play this very carefully, to manage tensions at home and placate the domestic constituents of Gbagbo and so resolve not just the electoral dispute but also in effect a 10-year-long civil war,” said Mark Schroeder at political risk consultancy Stratfor.

The November poll was meant to draw a line under a 2002/03 civil war which left the country split in two. Instead, it reignited the conflict, killing more than 1 000 people and displacing one million. The final death toll is likely to run into the thousands.

“The current problem of Abidjan is a security vacuum,” said Ivan Simonovic, assistant secretary-general at the Office of the UN High Commissioner for Human Rights in New York.

“Most police and gendarmerie are not at their [posts] and until today we have had a number of cases of looting, of raping and of murders in the areas of Abidjan controlled by either of the sides to the conflict,” he said.

Ouattara’s legitimacy may be tarnished by accusations that his forces killed hundreds as they swept through the country to reach Abidjan — something that his aides deny.

French role
He also faces questions about the role played by the French military in securing his rival’s arrest.

A column of more than 30 French armoured vehicles moved on Gbagbo’s residence in Abidjan early on Monday after French and UN helicopter gunships pounded the compound overnight.

Witnesses said Ouattara’s forces, who had failed to dislodge Gbagbo despite mounting a fierce attack on his bunker last week, joined French ground troops advancing on the compound.

France and Ouattara’s camp insisted it was Ouattara’s forces that arrested Gbagbo, eager to counter claims by Gbagbo’s aides that Ouattara is nothing more than a foreign-backed stooge.

“Just after 3 o’clock, the ex-president Laurent Gbagbo handed himself over to [Ouattara’s] Republican Forces of Ivory Coast. At no moment did French forces enter either the garden or the residence of Gbagbo,” French armed forces spokesperson Thierry Burkhard said.

Gbagbo was taken to the Hotel Golf in Abidjan, where his rival has his headquarters. Ouattara’s television showed Gbagbo in a room at the Golf, with Ouattara’s troops standing by him.

Wearing a white undershirt, he looked in good health but submissive. He was given a towel and a clean green shirt, which he put on in front of the camera. His wife Simone, believed by many Ivorians to possess powers of witchcraft, was with him at the hotel, looking dishevelled.

Ouattara said all measures had been taken to ensure their physical security, and that their rights would be respected. UN officials said he would be moved within the next few hours to a secure location up north, without giving details. – Reuters