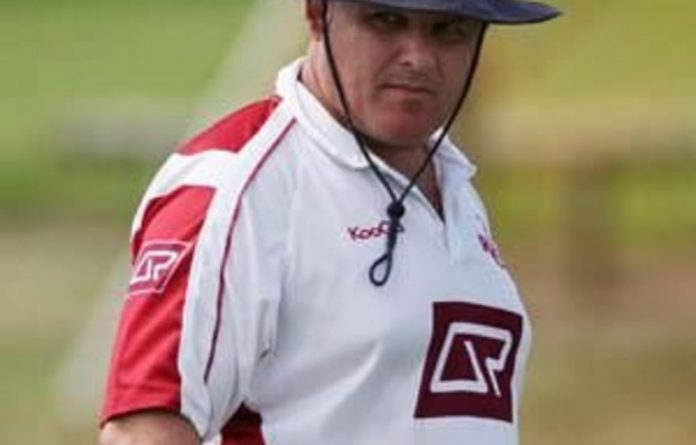 Queensland Reds coach Ewen McKenzie refuses to get carried away with his team’s start to the season despite recording a fifth successive win in the 19-6 victory over the previously unbeaten Stormers at the weekend.

The Reds showed in Cape Town on Saturday they have added grit and tactical nous to the flair that distinguished their 2010 campaign and the reward is top spot in the Super Rugby standings as the halfway stage of the competition approaches.

“I’m happy being where we are but you see plenty of sides fall off their perch in this competition so we’re hardly getting carried away,” said McKenzie, who has transformed the Reds since arriving in Brisbane at the end of 2009.

Wallabies flyhalf Quade Cooper kicked five of his six penalties as the Reds took the game to the Stormers, with even the Queensland pack holding their own at the scrum against the opposing Springbok-laden eight.

“I was very proud,” McKenzie told the Australian. “It was one of our best wins since I’ve been around. Tactically, we won the battle and physically we won it too, we did a great job.

“In the address before the game, I likened it to a Test match and we were going out to play a Test match and every little thing was going to matter. They put us under pressure in the set-piece and things like that, but we were able to put them under more pressure.”

‘Forget the fancy stuff’
The Reds, wooden spoonists as recently as 2007, faded to finish fifth last year and missed out on the knockout stages.

Their 2011 challenge will face a stern test over the next two weeks as they host the champion Bulls and their fiercest rivals, the New South Wales Waratahs.

Before the game, McKenzie, now being touted as the successor to Robbie Deans as Wallabies coach, was ridiculed by the South African media for changing a winning team.

“I can have the last laugh but having coached in Europe, where you have to make changes every week to keep players fresh, there was nothing too radical in what I did,” he added.

The Reds would win six successive matches in Super Rugby for the first time if they can beat the wounded Bulls, who were mauled 27-0 by the Canterbury Crusaders on Saturday.

Even if they fail, Saturday’s impressive victory at Newlands will give McKenzie confidence there will be no repeat of the 92-3 humiliation the Bulls handed the Reds in 2007.

“The atmosphere there was unbelievable, as close to a Test match as I’ve ever experienced in Super Rugby,” he said.

“So I said to the guys to forget the fancy stuff and play it like a Test. They did that. That takes ticker and application.” — Reuters