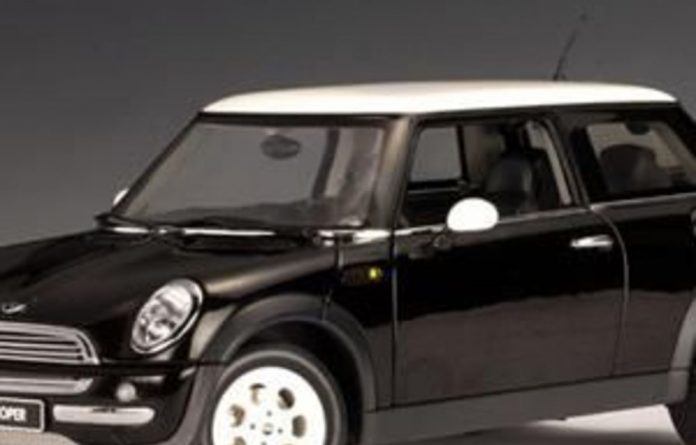 It’s funny to recall that the modern Mini we all know and love was actually gifted to us out of political and economic recrimination a decade-and-a-half ago. In 1994, BMW’s takeover of the British Rover Group was something akin to a conquest of the mid-Atlantic island. BMW held control for six years and in that time chopped the company up into the three parts. Keeping all it needed for new projects such as the X5, BMW sold Land Rover to Ford and gave away a destitute Rover/MG back to its previous management for a tenner (no really, £10 was paid for Rover/MG).

BMW, of course, held on to Mini and in 1995, Frank Stephenson of McLaren MP4-12C fame, won the right to pen the marque’s iconic return. The original, new Mini of 2001 was wider, taller and longer than the 60s original, and at the time, rather quaintly, BMW went so far as to pin it’s new up-sized-ness on average Europeans being 50mm taller than they were in 1960.

The new Mini was bigger because it had to meet new safety requirements, but despite the large visual presence, it was actually still a compact little car. It was a small car that looked big, felt big on the inside, but felt small everywhere else, and was actually pretty small overall.

Since then, BMW has ventured into four-door and three-door Minis, convertibles, hot JCW versions and the Mini E electric car for the future. All in a decade’s work for a German company with a great British brand to cultivate.

I was recently reacquainted with the good old Mini Cooper of 2001 and then to compare, I drove a 2011 Cooper S, and I have to say, it stunned me how accomplished both models were. I know that’s like admitting you enjoy a good soapy, but it’s true.

What strikes me most about the early Mini Cooper, is its sense of presence. Only an astute eye will spot the subtle exterior evolutions over the decade. Such is the way with fashion items that possess longevity. What BMW has achieved with its subtle tweaking and reinvention over the decade is to keep the Cooper fresh enough to be noticed without making it vulgar, garrulous or anything untoward so as to strike it off the motoring A-list. I believe that to be an incredibly difficult and thoroughly commendable achievement.

Underneath the metal, the most significant change realised over 10 years of Cooper S’s is the shift from supercharging to turbo-charging. The earlier models, in retrospect, felt more muscle bound, more torquey, a bit more rough and ready with power delivery similar to that of a turbo diesel. However, the 2011 model plays the more refined, efficient grown-up, which has more power at the top of the rev range to revel in and stretch its legs.

Over the decade it’s also turned out to be a relatively asexual and classless little thing — from being a hot headed, boy-racing mobile, to the ideal menopausal, weekly runaround. Again, quite an achievement, I’d say.

Over the new Mini’s life span it has gone through four exterior alterations. Compare the first with the last and despite the appearance of longevity, the 10-year gap does make the original seem ever so slightly antique-ish. But that’s the thing with the Mini Cooper, and this is thanks, in part, to the ability to personalise them. I believe Mini is the only car company to have “cracked” factory personalisation. If you were to purchase a five-year or eight-year-old one, it won’t be far off the 2011 model.

You may be able to throw a stone out your window right now and hit a Mini, but many — and that includes the managing director of Burchmore’s, Darryl Jacobson — consider the car to be a sort of present/future classic. “Top of the pops is the Mini. The brand is always desirable, with early Mini models continuing to hold their price well, even now. Ever since July 2001, when 50 000 Brits visited the new Mini showrooms over the launch weekend in the United Kingdom, this modern-day motoring icon has continued to fly off showroom floors. Given the popularity of the Mini brand, they tend to be snapped up as soon as they hit the Burchmore’s sales floor,” said Jacobson.

So there you have it, a thoroughly retro and accomplished super mini with an iconic name and heritage. I now understand why Mini owners get that steely look when you talk to them about selling their cars. They always say the same thing: “No, you can’t have it.”