Nigeria to vote for president in bid for true democracy 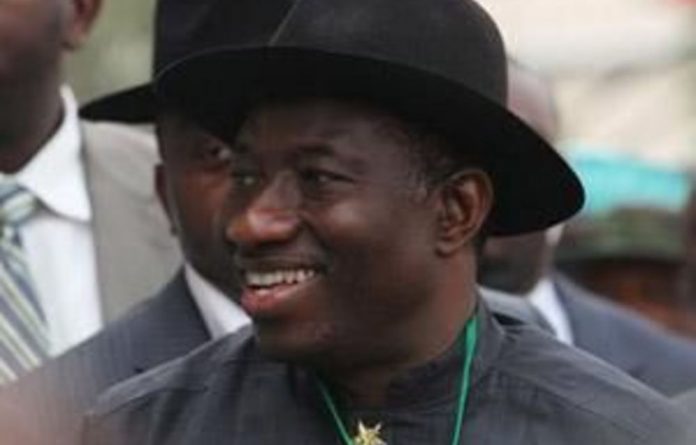 Nigeria votes for a president on Saturday in what may be a historic moment for Africa’s most populous nation as it bids to end years of rigging and hold its cleanest polls for head of state in two decades.

An enormous effort has been undertaken to organise a fair vote and break with a series of deeply flawed ballots, but violence poses a serious risk, with bomb blasts and other attacks having killed dozens in the run up to polls.

The clear favourite is President Goodluck Jonathan, who has had an almost accidental rise to power that culminated with him being thrust into office last year following the death of his predecessor, Umaru Yar’Adua.

His main challenger is ex-military ruler Muhammadu Buhari, whose reputation as a stern anti-corruption figure in one of the world’s most graft-ridden nations has won him significant backing.

Buhari, a Muslim from the country’s north, is also likely to benefit from regional divisions since many northerners see Jonathan, a Christian from the south, as having stolen their chance to rule.

Jonathan’s campaign breaks a pact within the ruling party that sees it rotate its candidates between the mainly Muslim north and predominately Christian south every two terms in the country of some 150-million people.

There are two other main candidates who could have an impact on the race: Ibrahim Shekarau, governor of the northern state of Kano, and Nuhu Ribadu, the former head of Nigeria’s anti-corruption agency.

Tug-of-war
While Jonathan is viewed as the likely winner, some have said he could be forced into a runoff — a situation that has never occurred since Nigeria returned to civilian rule in 1999.

His Peoples Democratic Party has handily won each presidential election since then.

Efforts to organise a fair vote are seen as having provided a greater opening for opposition parties, and last weekend’s parliamentary polls appear to have loosened the ruling Peoples Democratic Party’s grip on the legislature.

Buhari’s Congress for Progressive Change party made inroads in the north in last weekend’s vote, while Ribadu’s Action Congress of Nigeria did well in the country’s south-west.

“Given the kind of showing [Buhari] made last week, there may be a tug-of-war between the two of them,” said Kunle Amuwo, Nigeria researcher with the Brussels-based International Crisis Group.

Observers and officials said the parliamentary polls, while by no means perfect, were a major step forward for Nigeria, Africa’s largest oil producer long held back by mismanagement and deeply rooted corruption.

Difficulties
Tremendous hopes have been placed in the recently appointed head of the electoral commission, Attahiru Jega, a respected academic who ordered a series of reforms.

One of his main tasks was to do away with the previous voter list — which was littered with false entries, including Mike Tyson and Nelson Mandela — and compile a new one with electronic prints from each finger of every voter.

But in an example of how difficult bringing about such change in Nigeria can be, a first attempt at holding parliamentary polls on April 2 had to be called off when material and personnel failed to arrive in a large number of areas.

The election went much better when it was finally held last Saturday even though three explosions — one the night before and two on polling day — killed at least 13 people and wounded dozens.

Similar bombings and other types of attacks have occurred in the months leading up to the polls.

A third election is also set for this month when governorship and state assembly ballots are held on April 26.

Troubles
A reasonably fair election could do much to help put Nigeria on a course that would see it finally live up to its huge potential, but a long list of trouble spots await the next leader.

The oil-producing Niger Delta region, hit by years of violence, has seen relative calm following a 2009 amnesty deal, but the situation remains fragile, and many have warned of a likely eventual return to unrest.

In the country’s middle belt between the north and south, clashes between Christians and Muslim ethnic groups have killed hundreds since last year alone.

Dozens of killings and attacks blamed on an Islamist sect that launched a 2009 uprising have also occurred in the north-east.

The two explosions that went off on Saturday were both in the north-eastern city of Maiduguri — one at a polling place and the other at a vote collating centre. — AFP