Phalula says she will race against Semenya 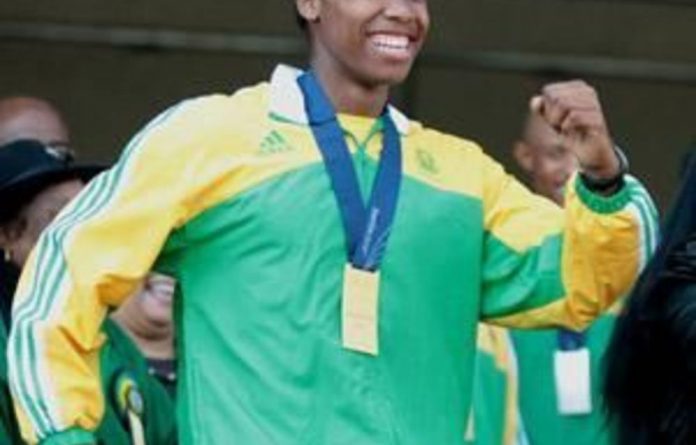 An athlete allegedly involved in an incident on Sunday concerning Caster Semenya says she has no problem competing against the world 800m champion.

“I have nothing against her running. I’m happy to compete against her,” distance runner Lebogang Phalula said on Tuesday.

According to witnesses, Phalula, who has won multiple national titles on the track, openly showed frustration in competing against Semenya who was cleared to run against women in July last year.

Phalula also allegedly attempted to make an announcement over the public system, in the midst of a rant, after Semenya chased her down to win the women’s 1500m final at the South African Athletics Championships in Durban.

Onlookers apparently prevented her from taking the microphone from the on-track announcer, but Phalula, who finished second in the race, later failed to appear for the medal ceremony.

Only Semenya and her teammate, Violet Raseboya, who had embraced after the race with Raseboya claiming third, arrived at the ceremony and received their medals in Phalula’s absence.

Asked to explain the details of the alleged incident on Tuesday, Phalula said she had been told by her lawyer not to make any comments.

‘Running against a man’
Semenya’s manager, Jukka Harkonen, said shortly after the incident that they expected no problems or controversy when she competes on the international circuit this season.

“We were in Europe last year and there were no problems,” Harkonen said.

“She competed in two races in Finland, as well as other races in Europe, including the Diamond League meeting in Brussels, and we never had any issues.”

Some European athletes reportedly threatened to boycott events last year if Semenya competed, but there were no such incidents in the races she ran following her comeback.

Elisa Piccione, from Italy, reportedly described Semenya as “a man”.

Canadian athlete Diane Cummins told the Telegraph that Semenya’s opponents had been ignored when the International Association of Athletics Federations (IAAF) made its decision.

“Even if she is a female, she’s on the very fringe of the normal athlete female biological composition from what I understand of hormone testing,” Cummins said.

“So, from that perspective, most of us just feel that we are literally running against a man.”

A human rights issue
Jemma Simpson of Britain also said the world’s top female 800m runners had not been considered.

“It’s obviously a human rights issue but human rights affect everyone in the race, not just one person. The rest of the field gets ignored,” Simpson said.

“No way is it a personal issue but it’s a debate about what is right and fair for everyone.”

Simpson’s international teammate, Jenny Meadows, who won bronze behind Semenya at the 2009 World Championships in Berlin, told The Times of London last year that she supported Semenya’s return.

“If I’m on the start line and she is in the race, I would just get on with it,” Meadows said.

“But others have said they won’t run. You have to trust the IAAF to take the decision out of the athletes’ hands.

“I got the right medal in Berlin and I feel sorry for Caster.”

“I do not have anything against Caster,” Makhanya said.

Harkonen said Semenya would compete in her first race outside South Africa in almost nine months when she lines up at the IAAF World Challenge event in Dakar, Senegal on May 28.

A back injury prevented her from competing in the Commonwealth Games in Delhi in October, and she last raced overseas when she set a season’s best 1:58,16 in September, shortly after returning from an 11-month absence due to gender verification tests.

Meanwhile, in an effort to prevent a repeat of the controversy surrounding Semenya’s case, the IAAF has become the first international sports federation to approve the adoption of new rules and regulations governing the eligibility of females with hyperandrogenism.

“A female with hyperandrogenism who is recognised as a female in law shall be eligible to compete in women’s competition in athletics provided that she has androgen levels below the male range [measured by reference to testosterone levels in serum],” the IAAF said in a statement on Tuesday after an 18-month review on the subject.

“If she has androgen levels within the male range she also has an androgen resistance which means that she derives no competitive advantage from such levels.” — Sapa