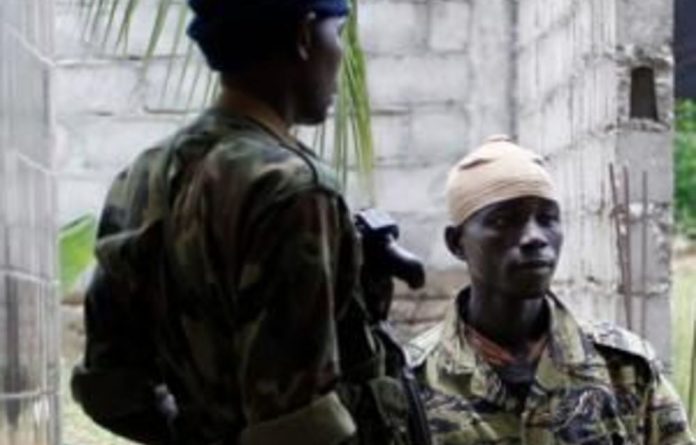 President Alassane Ouattara stamped his new authority on Côte d’Ivoire on Thursday, as troops formerly loyal to his ousted rival Laurent Gbagbo pledged him their allegiance, despite ongoing violence.

United Nations peacekeeping chief Alain Le Roy told reporters in New York there was however still fighting and “quite a lot of looting” despite Ouattara’s victory over Gbagbo’s attempt to cling to power.

“There are still people with arms, it is still dangerous but there are no more blockades,” he said, as UN peacekeepers and French troops worked with the new government to restore order in the port city of Abidjan.

Ouattara’s forces captured Gbagbo on Monday after storming his Abidjan palace, finally ending a four-month armed stand-off that began when both men claimed to have won a disputed presidential election.

Atrocities
Ouattara’s victory has been recognised by the international community, and most countries have welcomed Gbagbo’s downfall, but troops from both sides have been accused of atrocities during the conflict.

The new president has vowed to create a truth and reconciliation commission to investigate the allegations, and has given himself two months to restore order across the cocoa-rich West African nation.

He also called on the International Criminal Court (ICC) to probe massacres carried out in the west of the country, where both his troops and Gbagbo’s were accused of taking part in the massacre of hundreds of civilians.

“I will speak shortly with the ICC’s chief prosecutor so the court can begin investigations,” Ouattara told journalists Wednesday during his first major press conference since being able to exercise executive power.

“These massacres are unacceptable … I am revolted,” he said.

Ouattara said his priority was to rid the country of militia fighters and mercenaries, and to collect and destroy arms.

“Once we’ve successfully carried out these operations, for which I have set aside one or two months, you’ll see that pacification will be total,” he said.

His “Cecos” special forces team was set up by Gbagbo and grouped men from the army, gendarmerie and police for Abidjan district. The feared unit was a pillar of the Gbagbo regime’s security structure.

The UN mission in Côte d’Ivoire, which is safeguarding Gbagbo and his associates pending their trial, said the ousted leader had been flown out of Abidjan “to a presidential residence in the north of the country.”

Back to business
With the world’s top cocoa producer divided by the conflict, Ouattara said he had ordered an immediate resumption of exports, which were frozen by sanctions slapped on Gbagbo.

A backlog of around 400 000 tons of cocoa accumulated on the dockside in Abidjan and the southwestern port of San Pedro during the crisis.

Rights group Amnesty International warned that Gbagbo’s supporters were at risk of violent reprisals, despite both Ouattara and Gbagbo having called for fighters to lay down arms.

Armed men, some wearing military uniforms, have been conducting house-to-house searches in Abidjan neighbourhoods, including Yopougon and Koumassi where supporters of Gbagbo are living, Amnesty said.

Sporadic clashes have erupted in Abidjan districts still loyal to Gbagbo and, with looting rife in others after 10 days of bitter fighting, French Defence Minister Gerard Longuet said French gendarmes would patrol the city.

But a semblance of normal life appeared to return to large parts of the city, with traffic back on the streets and shops reopening. — AFP